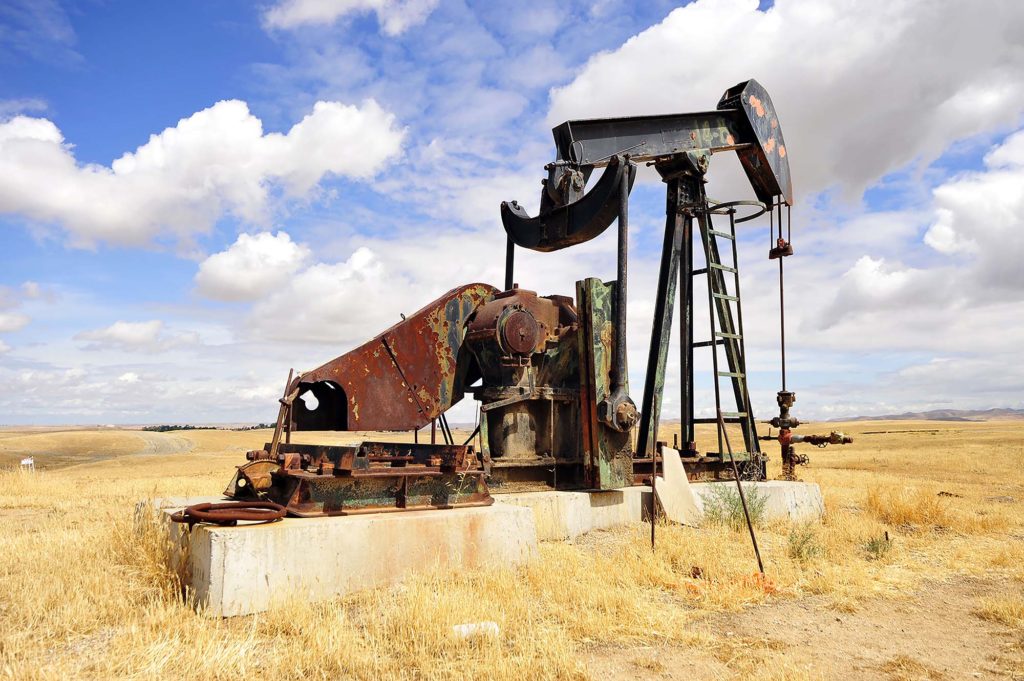 Above: Thousands of oil and gas wells across the West are either orphaned or at risk of being orphaned with little hope of being cleaned up.

An Interior Department report, expected in the next month, will likely recommend reforms that prioritize the health and future of rural communities. The Department of the Interior should implement them.

Shortly after oil and gas drilling started on Jeff and Rhonda Locker’s property in Pavillion, Wyoming, Jeff recalled working out in his shop when Rhonda came running out of the house yelling to him that the washer was spewing dark water all over the laundry room. The next day, the same dark-colored water came out of the Lockers’ tap.

“The water was not drinkable the next day,” said Jeff. Jeff and Rhonda assumed that the issue with their water had to do with a gas well that was drilled roughly 800 feet from their home.

In 2004, Rhonda started to get sick. It started out with having recall problems and issues with tracking conversations. As Rhonda’s health became increasingly worse, forcing her to retire early. “We didn’t know if it was killing me by staying in the location we were in because I just continued to get sicker and sicker,” Rhonda said. “It was finally our decision to move but it’s only because we had a farm that we were able to buy.  But my gosh, what’s so hard about that is what if we didn’t have a relative who left us some money?  How could we have moved? That’s what was so hard about that.”

The Lockers are two of the many residents of the rural West that live on lands overlying and neighboring federal oil and gas development. The boom and bust production of these public resources has resulted in great wealth for a few, financial ruin for others, and irreparable environmental damage for all.

A chance to level the playing field

For decades, the US Department of the Interior (DOI), the agency responsible for managing federal lands and leasing publicly owned oil and gas, has allowed these consequences to continue by prioritizing oil and gas development over all other uses. Watchdogs have repeatedly noted a wide range of problems with the leasing program, including waste of public resources, undeveloped and idle leases, lands encumbered by leases for decades which limits other uses, unfair return to taxpayers, disproportionate climate impacts and greenhouse gas emissions, long-term idle and orphaned wells, insufficient bonding,, noncompetitive lease sales and more. The Department has been falling far short of meeting its obligation to balance a combination of resource conservation and uses to “best meet the present and future needs of the American people.”

Shortly after taking office, President Biden ordered the Interior Department to temporarily pause new leasing of publicly owned oil and gas while the Administration considers how to reform the century-old program that has long favored the industry at the expense of those living near production. Following that order, the Interior Department held a public forum to hear from a broad range of stakeholders including Native American tribes, community leaders, environmental justice organizations, and the oil and gas industry itself.

As we prepare for what is likely to be the ultimate decline of this industry, the Department has a final opportunity to do justice to the communities and the ecosystems that have been most impacted by this program. The members of the Western Organization of Resource Councils formally asked the Biden Administration to prioritize the following principles as they review the federal oil and gas leasing program:

The Biden administration can ensure long-term employment in oil and gas communities by ensuring companies are responsible for plugging and remediating well sites. Tens of thousands of ‘orphaned wells’ already exist across the country, left behind by bankrupt or negligent companies. By requiring companies to put up the cost of cleanup before development begins, just as coal mines do, the administration can ensure reclamation jobs and employment in these communities for decades to come.

A recent report from the National Wildlife Federation and Public Land Solutions hints at the real scope of the orphaned well problem on federal lands. According to this report, there are 8,050 idle federal wells across Colorado, Montana, New Mexico, Utah, and Wyoming that are either orphaned or at risk of being orphaned. Given the major increase in oil and gas company bankruptcies in recent years, this number is likely to grow much higher as companies abandon wells without reclaiming them. Forty-six companies filed for bankruptcy in 2020 alone.

By the end of June, 2021, DOI plans to release an interim report which will include initial findings on the state of the federal oil and gas programs, as well as outline steps that DOI and Congress can take to improve the stewardship of public lands and waters. Several champions in Congress have already provided a roadmap for reform. Their legislative solutions include prohibiting the leasing of lands with low development potential, eliminating the wasteful practice of noncompetitive leasing, closing loopholes that allow companies to shift clean-up costs onto taxpayers and private landowners, and forcing companies to stop exploiting public lands and start fairly compensating taxpayers with fiscal rates that account for the cumulative costs of development.

“I’d like to see the industry be accountable,” Rhonda said, “I know that the best work is still going to bring about the greatest reward but they need to do it in a way that is safe and fair for everyone.”

DOI should embrace these reforms and support them with new policies aimed at managing public lands for the multiple uses and for the long-term needs of future generations in rural communities.