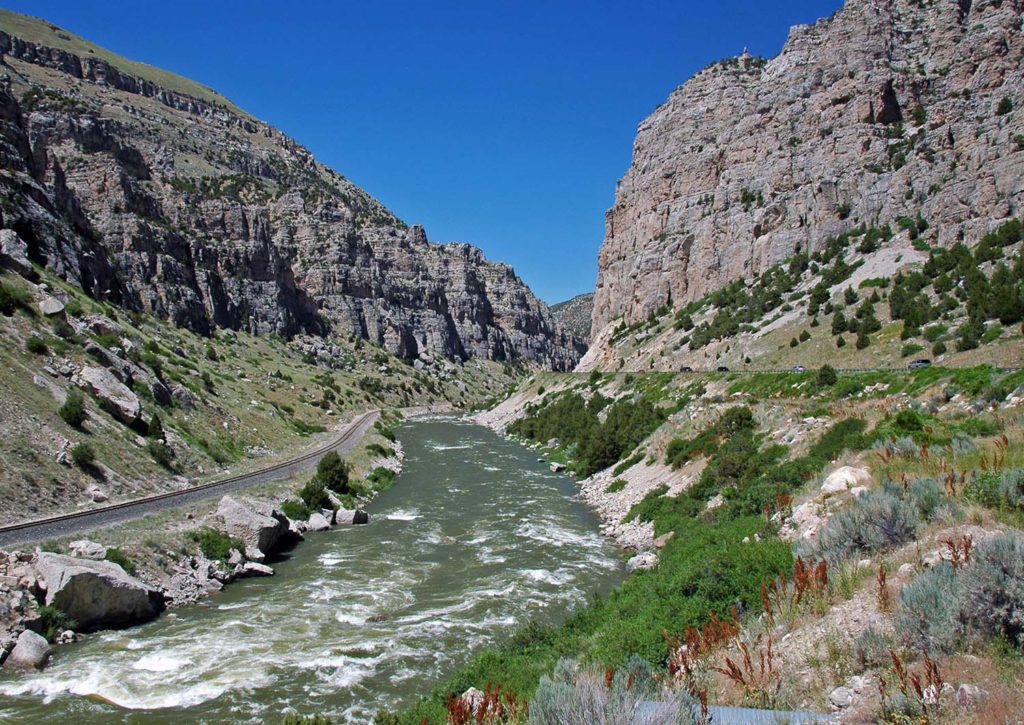 Above: Wind River flows toward Boysen Lake, one of the most scenic lakes in Wyoming. Image by James St. John. Article adapted from Powder River Breaks.

The high volume of oil and gas produced water from Aethon’s Moneta Divide field contains large amounts of sodium, sulfates, and chlorides. There are also a number of other chemicals that are likely to show up in the produced water, including fracking chemicals from flowback water, which often includes benzene and other hazardous substances. The proposed permit would allow the polluted discharge water to be dumped into Alkali Creek, flow into Badwater Creek, then into Boysen Reservoir. From there it could travel downstream into the Wind and Bighorn Rivers.

In response, Powder River and the Wyoming Outdoor Council jointly submitted a letter to DEQ on March 26th, 2019 requesting an extension for the public comment period in order to review the permit which involves hundreds of pages of technical documents. We followed up the letter with a phone call with the administrator and staff of DEQ’s Water Quality Division.

“The majority of the proposed polluted wastewater would be discharged untreated.”

On April 9th, the DEQ issued a public notice extending the comment period until July 5th and also granted our request to hold public hearings. The notice is available on DEQ’s website, or please contact Powder River Basin Resource Council’s office if you would like to attend and need details.

Powder River continues to stay engaged and organized to protect Wyoming’s precious water from polluted oil and gas discharge water. Their past efforts succeeded in preventing Encana (the operator before Aethon) from exempting the Madison Aquifer from the Safe Drinking Water Act standards so they could dump this polluted wastewater into that freshwater aquifer. Now, they are working to keep Aethon and the DEQ from permitting polluted oil and gas wastewater to be dumped into Wyoming streams and rivers.