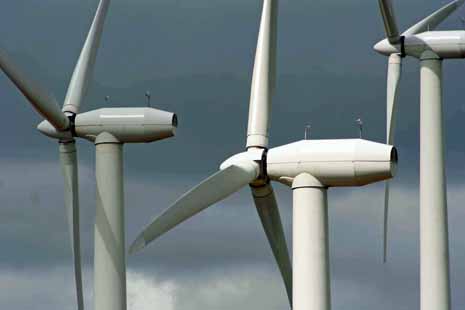 Mountain West voters weighed in on the Trump Administration’s priorities for managing the use and protection of national public lands in a new Colorado College State of the Rockies Project Conservation in the West Poll released today.

The poll surveyed the views of voters in seven Mountain West states on some of the most pressing issues involving public lands as the new administration begins its time in office. Asked what the Trump Administration should emphasize, 68 percent of respondents said they prefer protecting water, air and wildlife while providing opportunities to visit and recreate on national public lands. That compared to 22 percent of respondents who said they prefer the administration place an emphasis on producing more domestic energy by increasing the amount of national public lands available for responsible drilling and mining.

Looking to potential actions the Trump Administration might undertake on public lands, voters in the Mountain West prioritized efforts that improve access, support the outdoor recreation economy and invest in renewable energy. Drilling for oil and gas or mining for coal on public lands was much less popular with voters.

“As leadership changes hands in Washington, D.C., and Congress votes in new budget rules removing any monetary value from public lands, voters in the Mountain West are sending a clear statement that they do not want to see a dramatic change of course when it comes to national public lands,” said Dr. Walt Hecox, Professor Emeritus of Economics at Colorado College and founder of the State of the Rockies Project.

The poll asked voters about efforts to turn national public lands owned by all Americans over to state government control. The proposal remained unpopular, with 56 percent of respondents opposed. Strong majorities reject the proposal in every state sampled, with Utah as the lone exception, where voters remain narrowly divided.

“The national political winds change direction every few years, but a passion for the outdoors and strong support for American public lands remain constant in the Mountain West,” said Montana Governor Steve Bullock.  “Public lands drive our economy and define our way of life in Montana and in surrounding states. We have too much to lose if we allow these national treasures to be put at risk.”

The poll showed strong support for cleaner forms of energy in Mountain West. Voters in six of the seven states surveyed pointed to solar, wind and renewable energy as their top choice when asked about the types of business and jobs they would like to encourage more of, outpacing the technology and healthcare industries.

A Bureau of Land Management rule to require oil and gas producers who operate on national public lands to use updated equipment and technology to prevent leaks of methane gas during the extraction process received widespread approval, with 81 percent of respondents wanting the policy to continue. Members of Congress are in the process of using the Congressional Review Act to eliminate the policy.

The drought remained a top concern this year, as 80 percent of respondents said low levels of waters in rivers was a serious issue facing their state.

This is the seventh consecutive year Colorado College has gauged the public’s sentiment on public lands and conservation issues. The 2017 Colorado College Conservation in the West survey is a bipartisan poll conducted by Republican pollster Lori Weigel of Public Opinion Strategies and Democratic pollster Dave Metz of Fairbank, Maslin, Maullin, Metz & Associates.