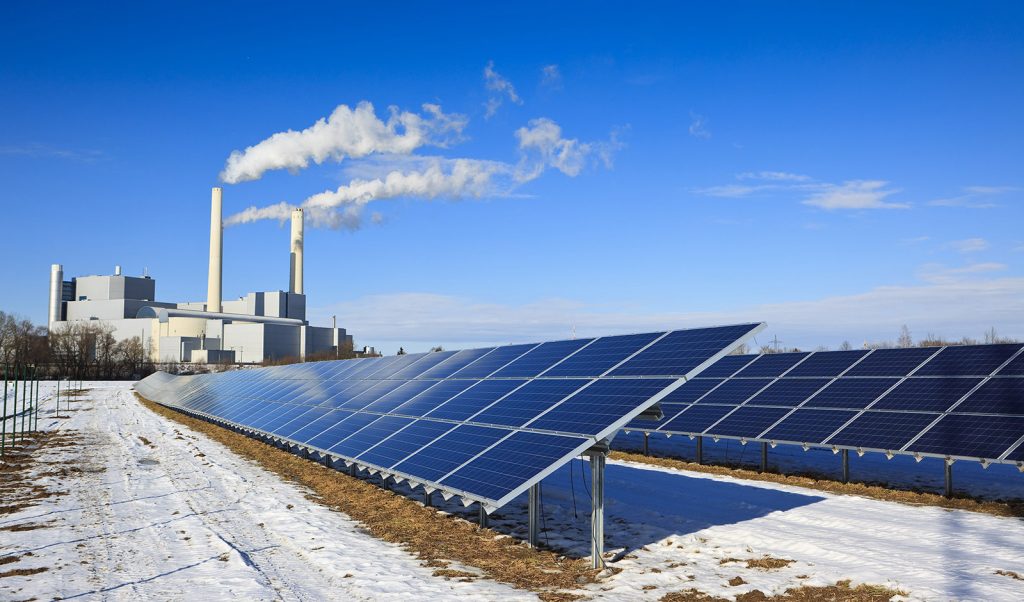 Just as the clean and renewable energy revolution is getting underway, the federal government is proposing to gut the very regulations that protect small scale renewable energy providers and allow them to compete on a level playing field with large-scale, fossil fuel generators. This extremely technical proposal to reform the Public Utility Regulatory Policies Act of 1978 (PURPA) is an aggressive move to crush clean-energy momentum, and WORC is working to engage the public to stand up to large fossil fuel interests by speaking out against these changes.

On September 3rd, the Federal Energy Regulatory Commission (FERC) proposed disastrous changes to the nation’s only federal law that requires utilities to supply renewable energy when the cost is equal to or less than fossil fuel energy generation. PURPA was enacted to reduce the monopoly power of traditional fossil fuel energy generators and enable solar, wind, and geothermal to compete in the marketplace.

TAKE ACTION: Tell FERC not to approve these changes and to protect consumers’ access to clean, renewable energy.

Big utilities have never loved PURPA. It messes with their monopoly on generation and reduces their profits. Over the last few decades, big utilities have been fighting back in a number of ways through state legislation and rules. These measures include altering the avoided cost calculation, allowing for contract rates variability, and allowing for shorter-term contracts. Now, the new proposed rulemaking from FERC would allow all states to adopt these deleterious changes and restrict renewable energy facilities from accessing the market in other ways. Specifically, there are two main categories of changes in the rulemaking that lead to these undesirable outcomes:

Big utilities have never loved PURPA. It messes with their monopoly on generation and reduces their profits.

1. Getting rid of stable contract rates that allow renewable developers to obtain financing: When utilities buy power from renewables under PURPA, they sign a contract that outlines the rate (or avoided cost calculations) the utility will pay the renewable generator’s facility (Qualifying Facility, or QF) and for how long. When rates are variable or uncertain, this works against renewable energy developers. This is because developers need financing for renewable projects—contracts with utilities with regulated, long-term, fixed rates help renewable developers qualify for loans. The proposed rulemaking allows all states to modify PURPA implementation so utilities could offer contracts with more variable rates and gets rid of the fixed-price contract that is most beneficial to the CRE facilities. It also allows pricing to be based on projected avoided costs and other uncertain variables. Essentially, the proposed rules take away all the certainty that allows a renewable developer to obtain financing and receive a fair price for generation.

2. Reducing the number of QF’s in order to shut out renewable generation from the grid: The proposal would reduce the number of QFs by lowering the threshold from 20MW to 1MW (only teeny tiny facilities would be considered a QF) and lumping disparate facilities together just because they’re within 10 miles of each other (instead of considering these facilities separately). This automatically discards loads of decidedly small-scale facilities. For instance, in Teton County, MT, the Fairfield Wind farm has a generating capacity of 3.2 MW and only two turbines. Under the proposed rules, this tiny facility would not automatically be considered a QF. The rulemaking also includes an expansion of the so-called “1-Mile Rule” wherein all QFs within a 1-mile radius of each other are considered one facility. The proposed rules expand this to a 10-mile radius, which would illogically lump significantly more facilities together and would thus bar them from being a small-scale QF that they actually are.

While these changes will negatively impact renewable energy developments across the country, we in the West will be hardest hit. Analysts predict that the largest impacts of the proposed rules will be felt by the clean energy industry in areas without the established regional transmission’s wholesale markets. In our region, PURPA is typically the only mechanism that allows small scale, clean energy developments to obtain financing and enter the market on the same playing field as large, fossil fuel generators.

The potential for growth of renewables is especially ripe in our coal communities who are facing a major shift in energy economics. Many of these communities already have access to large transmission lines, lots of potential renewable siting options, and are supplying energy to areas demanding carbon-free energy like coastal cities.

In practice, these changes would halt our burgeoning clean energy industry that is so critical for rural communities. Renewable energy is one of the top growing industries in the US and pays more than the average US per hour wage. The potential for growth of renewables is especially ripe in our coal communities who are facing a major shift in energy economics. Many of these communities already have access to large transmission lines, lots of potential renewable siting options, and are supplying energy to areas demanding carbon-free energy like coastal cities. Solar and wind could replace many of the jobs being lost in the coal industry’s decline, but this isn’t a given. Policies like PURPA are still needed to help more renewable projects launch in our region and help bridge the economic gap left after coal’s exit.

WORC will be submitting comments to FERC opposing these changes and will be sending out action alerts to our membership so folks across our region can voice their objections to these changes. This public comment period is open until December 3rd.  After this public comment period, the policy will be subject to Congressional approval so WORC will continue to track any developments and fight for the integrity of this important law.

Montana Utility Uses its Influence to Shut Down Roof-top Solar