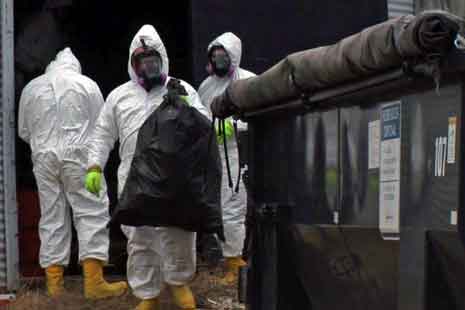 Since 2013, Dakota Resource Council (DRC) has campaigned against efforts by North Dakota state government to raise the level of radioactive waste that can be disposed of in the state.

The state set a radioactivity limit at 5 picocuries per gram in 1985. Oil and gas activity in North Dakota has produced a large amount of radioactive waste, but there is nowhere in the state to dispose of the waste above the limit.

As a result, North Dakota oil and gas operators have shipped waste over 5 picocuries per gram to large-scale radioactive waste management sites in states like Colorado, Idaho, and recently to the Oaks Disposal facility near Glendive, Montana.

In response, the state government decided in 2013 to work towards raising the picocurie limit from 5 to 50 per gram.

DRC and NDEIWC examined the study and found flaws in the collection of samples used in the study. Argonne allowed the oil and gas industry to self-select samples to give to Argonne. In addition, DRC and NDEIWC argued that the DOH lacked staff with the expertise to enforce an increased limit.

The 2015 legislature approved a bill allowing DOH to create a new limit. DOH subsequently held hearings to let the public to comment on the proposed changes. At all three well attended hearings, most public commenters opposed raising the limit.

Following the hearings, the North Dakota Health Council, an appointed board that makes administrative rule changes related to the DOH, held a meeting on August 11 to increase the limit. The council, however, did not properly notify the public, and, as a result, violated North Dakota open meetings laws. During the meeting, the council raised the picocurie limit from 5 to 50 picocuries per gram.

On October 15, DRC and the NDEIWC requested an opinion from Attorney General Wayne Stenhejem regarding whether the Health Council violated open meetings rules by not providing the public with sufficient notice prior to its meeting.

DRC and NDEIWC found the Attorney General’s remedy to be inappropriate. The groups argued that if others would have known about the meeting, more people would have showed up to comment.

Dissatisfied with the remedy, DRC and NDEIWC filed a suit on April 14 against the DOH, alleging a violation of state open meeting rules. DRC and NDEIWC selected former Agriculture Commissioner Sara Vogel as their attorney.

On July 18, DRC and NDEIWC argued their case in court. Prior to the court date, DOH filed a motion to dismiss the case. After arguments, the hearing concluded, and the judge was left to decide whether to dismiss the case or allow it to go to trial.

On July 20, DOH announced it would hold a “redo” meeting regarding the radioactivity limit on August 9. With this redo meeting, DOH seems to admit it violated open meeting laws.

On July 26, the judge dismissed DOH’s motion to dismiss the case. As a result, DRC and NDEIWC will have their day in court to ensure that state agencies cannot ignore open meetings rules.

A win for transparency

Though this campaign is not over, it shows that persistence is key. If DRC and NDEIWC had given up when the cards appeared stacked against them, they would have never gotten to this point.

We will see what happens in court, but, regardless of what happens, DRC and allies have a second opportunity to turnout people for the August 9 Health Council meeting to express their concerns.

Following this court case, state officials should be more aware that they must be more transparent when changing regulations that affect all North Dakotans.