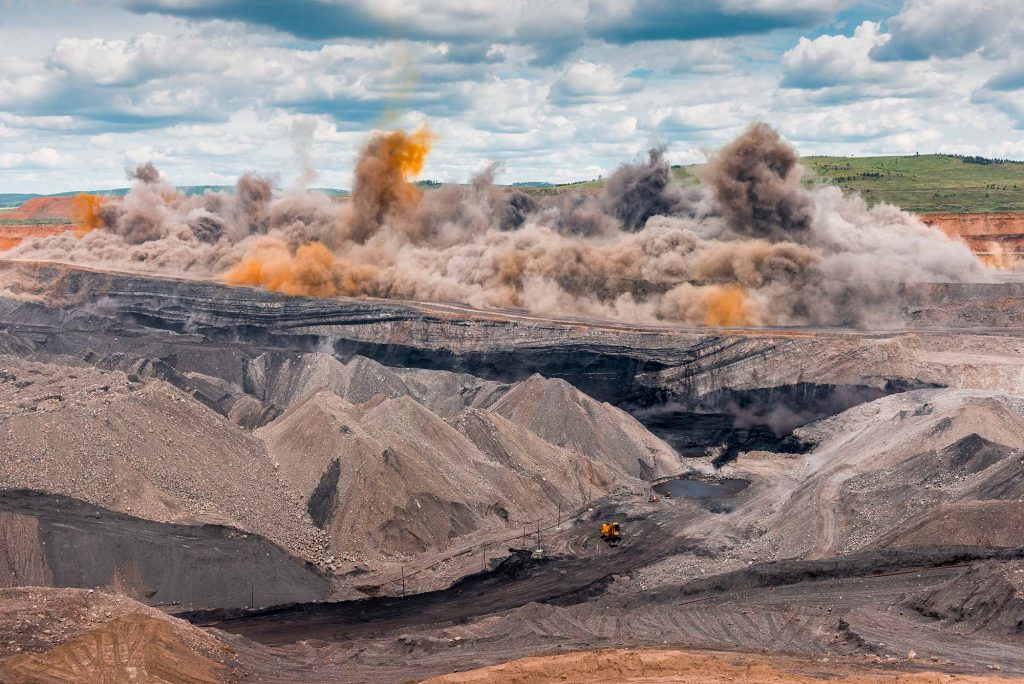 A new proposed rule aims to rewrite federal law and overturn decades of practice to allow state regulators to protect coal companies over coal communities or mine neighbors.

If you live near a coal mine and you notice something wrong at the mine, the federal government would like to receive a letter or phone call from you so it can investigate and fix the issue. At least, that’s how things are supposed to work. But in mid-May, a federal official in the Trump Administration announced a new proposed rule that would undermine the public’s rights to force coal companies to follow environmental law.

The draft rule would shield state coal mining regulators from federal oversight when a coal company illegally discharges wastewater into nearby streams, blasts without a permit, or fails to reclaim lands disturbed by mining. The public got a scant 30 days to comment on this proposal even as many federal agencies extended comment periods up to 120 days due to the Covid-19 pandemic.

The proposed rule is a very big deal because it upends decades of established practice that make public involvement a key part of regulating coal mines. To understand why this proposed rule would undercut the public’s rights, it’s important to understand how mines are regulated.

States, Feds, and Public All Have a Role Enforcing Strip Mine Law

The Surface Mining Control and Reclamation Act (SMCRA, usually pronounced “smack-ruh” or “smick-ruh”) is the federal law written to protect communities from the many environmental and health impacts of stripmining for coal. Enacted in 1977, it created the Office of Surface Mining Reclamation and Enforcement (OSMRE) within the Department of the Interior and charged OSMRE with establishing an environmental protection program for coal mining.

One of SMCRA’s stated purposes is to “wherever necessary, exercise the full reach of Federal constitutional powers to ensure the protection of the public interest through effective control of surface mining operations.” This is important because SMCRA allows states to take on the primary role in enforcing the law within their boundaries, referred to as achieving “primacy.” To achieve primacy, a state must pass a strip mining law that is at least as protective as the federal law and create and fund a state agency to regulate mining. Nearly all coal-mining states have done so.

“For a number of predictable reasons – including insufficient funding and the tendency for State agencies to be protective of local industry – State enforcement has in the past often fallen short of the vigor necessary to assure adequate protection of the environment.”

Even where a state has achieved primacy, OSMRE is charged with ensuring states enforce SMCRA fully, quickly, and correctly. The drafters of SMCRA argued that federal oversight and enforcement remained necessary because “for a number of predictable reasons – including insufficient funding and the tendency for State agencies to be protective of local industry – State enforcement has in the past often fallen short of the vigor necessary to assure adequate protection of the environment.”

Citizen Enforcement in the Crosshairs

In addition to federal oversight and enforcement, SMCRA empowers coalfield residents, mine neighbors, and public interest groups to watchdog mine permitting and operations and to notify OSMRE when something goes wrong. SMCRA’s drafters sought to ensure that the limited time and resources of OSMRE was supplemented by the day-to-day observations of the public:

“While [we are] confident that the delegation of primary regulatory authority to the States will result in adequate State enforcement, [we are] also of the belief that a limited Federal oversight role as well as increased opportunity for citizens to participate in the enforcement program are necessary to assure that the old patterns of minimal enforcement are not repeated.”

SMCRA created two mechanisms for OSMRE to intervene when states fail to enforce the law. The public can trigger both mechanisms, and the proposed rule undermines each of them.

Whenever OSMRE has reason to believe that a coal company or state regulator is violating any requirement of SMCRA or any strip mine permit condition, OSMRE must issue a “Ten Day Notice” to the state regulators requiring an investigation and report within ten days on the issue and the corrective action taken. Ten Day Notices can be triggered by a federal inspector’s observations on a mine site during a routine inspection or in response to a letter from a mine neighbor who observes or experiences negative impacts from a mine’s operations, referred to as a “citizen complaint.”

SMCRA created two mechanisms for OSMRE to intervene when states fail to enforce the law. The public can trigger both mechanisms, and the proposed rule undermines each of them.

The proposed rule would create a new open-ended process allowing OSMRE officials to postpone issuing Ten Day Notices based on citizen complaints. This is because the OSMRE official would be required to consider information from the state regulator pertaining to the situation at hand before issuing a Ten Day Notice. This could allow OSMRE to avoid ever initiating the Ten Day Notice process, potentially depriving mine neighbors of their rights to SMCRA’s protections.

SMCRA also foresaw the need for OSMRE to remove state authority to regulate coal mining where a state was undergoing a “serious breakdown in administration” of its SMCRA program. This process is referred to as “de-delegation,” and can be initiated by OSMRE, including in response to a petition from a member of the public. Since SMCRA was enacted 43 years ago, de-delegation has been very rarely used, and only as a last resort after many steps have been taken to correct the issue.

This could allow OSMRE to avoid ever initiating the Ten Day Notice process, potentially depriving mine neighbors of their rights under SMCRA to take the agencies to court.

The proposed rule would prevent OSMRE from sending Ten Day Notices to state regulators to correct improper action the regulators themselves may have taken, as OSMRE has consistently done in the past. Instead, OSMRE would be required to address these issues through the de-delegation process, even though de-delegation is intended to address programmatic issues rather than site-specific violations, such as an improperly issued mine permit. Plus, the de-delegation process is inherently slow, so site-specific violations by a state regulator would remain in place and any negative impacts of the violation would go unaddressed, potentially for months. This could allow on-the-ground damage to persist and create off-site impacts, which SMCRA specifically prohibits.

So why are these changes being proposed now, almost 43 years since SMCRA was enacted? The clearest answer is that some state regulators from coal-producing states want these changes, and the Trump Administration official who published the draft rule, Casey Hammond, is willing to support their interests. His support runs counter to the decades of decisions by administrative judges within the Department of the Interior that have consistently interpreted SMCRA differently. If finalized, the proposed rule would allow OSMRE to take the pressure off state regulators to respond to mining or permitting issues that are documented in citizen complaints, letting regulators off the hook for quick, effective enforcement of the law. It weakens one of the key ways that the public is guaranteed participation in coal mine regulation, benefitting coal mines and the states inclined to defend mining at the cost of residents. As expected, the comments from a national organization of mining regulators, the Interstate Mining Compact Commission, were very supportive of the rule change.

The comment period on the proposed rule closed on June 15 as planned. OSMRE received many comments from concerned Westerners and organizations. The agency is presumably reviewing the comments and preparing to finalize the rule this summer or fall. If it does, it could be challenged by a lawsuit on multiple grounds, not least of which is the dubious authority of Casey Hammond to put forward the rule.

It weakens one of the key ways that the public is guaranteed participation in coal mine regulation, benefitting coal mines and the states inclined to defend mining at the cost of residents.

Under the Federal Vacancies Reform Act, officials must be in their official capacity for a certain amount of time before they can promulgate rules. SMCRA also requires that only the Secretary of the Interior or Director of OSMRE can finalize a rule for the agency. Listed as “principal deputy assistant secretary” in the Department of the Interior, Hammond may not give him the authority to promulgate this rule. Although Hammond could likely push OSMRE to finalize the rule, doing so without the proper legal authority would make the rule very vulnerable to a court challenge. OSMRE is currently headed by an Acting Director, Lanny Erdos, who has not yet received Senate confirmation to become the full Director, and who therefore can’t finalize the rule himself.

There’s undeniable political pressure to finalize this rule despite its many flaws. As the agency considers finalizing the rule, let’s hope the day is carried by the many federal government officials who are committed to protecting coal communities and the environment from the negative impacts of strip mining.

If you’re outraged about this, you can still tell OSMRE to drop the rule! Send an email to Dan Cohn at dcohn [at] worc [dot] org for resources on how to take action.