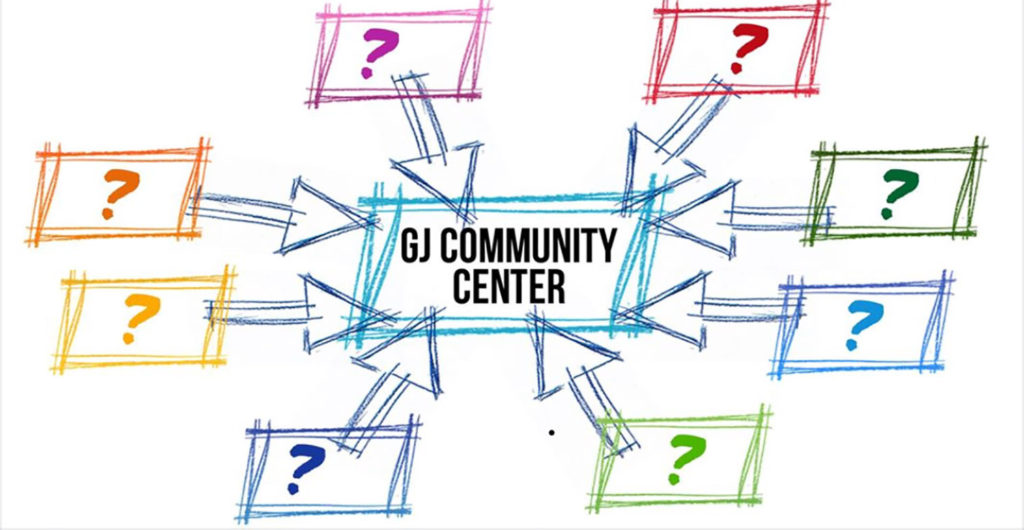 Grand Junction’s Community Center may have failed at the ballot box, but it was a win for grassroots organizing in the Grand Valley.

Sometimes you lose. A decade of working on political campaigns in rural western Colorado has taught me that. But even in loss, there can be great achievement, and the campaign for a Community Center in Grand Junction was a shining example of exactly that. The GJ Community Center campaign raised the bar for expectations of what local campaigns should look like – brought forward, led and championed by local residents. A true grassroots effort.

Nearly 17,500 voters turned out to vote in the 2019 Grand Junction Municipal election, and no candidate or issue was more popular than Measure 2C for the GJ Community Center. Love it or hate it, voters knew it was on the ballot and had an opinion. This was in large part due to the efforts of the more than 135 individuals who volunteered their time with the campaign, many of them members of Western Colorado Alliance.

Community Center Volunteers were full of passion, some knocking every day, some every weekend, and others staffing an office for the campaign open 7 days a week. In just three months, volunteers knocked on 13,900 doors and engaged in nearly 5,000 conversations. And while only 48% percent of registered voters in the city of Grand Junction turned out to vote, of the folks we had an opportunity to have conversations with at the doors, 74% of them voted. The impact volunteers left was not only a heightened awareness of the need for a Community Center in Grand Junction, but also a far increased likelihood for someone to vote.

Ultimately the campaign was not successful, and it’s difficult to pinpoint exactly why. There were mistakes made by the city as well as perceived competition.

The city added two additional tax question measures in the last possible days, one for transportation and one for fire and police. These two measures essentially created an “either / or” mentality, painting the Community Center as less of a need in the community. At the fate of a coin toss. It also sent Measure 2C for the Community Center to the back of the ballot. In addition to the added measures, it was discovered after ballots had been mailed out that there were errors in the language of all three tax questions, as written by the City. This put already weary voters on alarm and shifted the tide for the election.

The Grand Junction Community Center campaign raised the bar for expectations of what local campaigns should look like – brought forward, led and championed by local residents. A true grassroots effort.

Aside from the external factors, there was opposition to the Community Center itself. Generally supportive folks refused to vote for any tax increase until the local moratorium on recreational marijuana made it back to the ballot as an alternative form of revenue for the city. General lack of trust in government made some voters unwilling to commit to a building that would, in essence, be managed and operated by Grand Junction Parks & Recreation, and others still opposed a sales tax increase of any kind that would, at least optically, raise us to one of the highest taxed areas in the state. As for the Community Center plan itself, there was no plan that checked everyone’s boxes, but in general, the biggest opposition seemed to be the location of the main facility set to be built at Matchett Park located near 29 Rd. & Patterson.

It’s likely the Community Center would have passed if a larger diversity of voters had turned out to vote in this election. When knocking doors, it was clear to our volunteers that our younger registered voters were most likely to support Measure 2C, but they weren’t the ones who turned out to vote. Only 25% of voters in the Municipal election were under 50, and of registered city voters age 30 to 49, only 32% voted.

So the big question is — will we try again? Personally, I think we need to tackle some other issues before a Community Center is likely to succeed. Western Colorado Alliance, and our affiliate groups, work on issues important to our membership, as well as issues that are deeply and widely felt in the community. This campaign was born out of individual meetings with members and community residents that asked the question “What do we need to work on in Mesa County?” It’s time we ask that question again and maybe refocus our efforts on other needs in the valley.

Yeti Supports The Colorado Outdoor Recreation and Economy Act (and You Should, Too.)