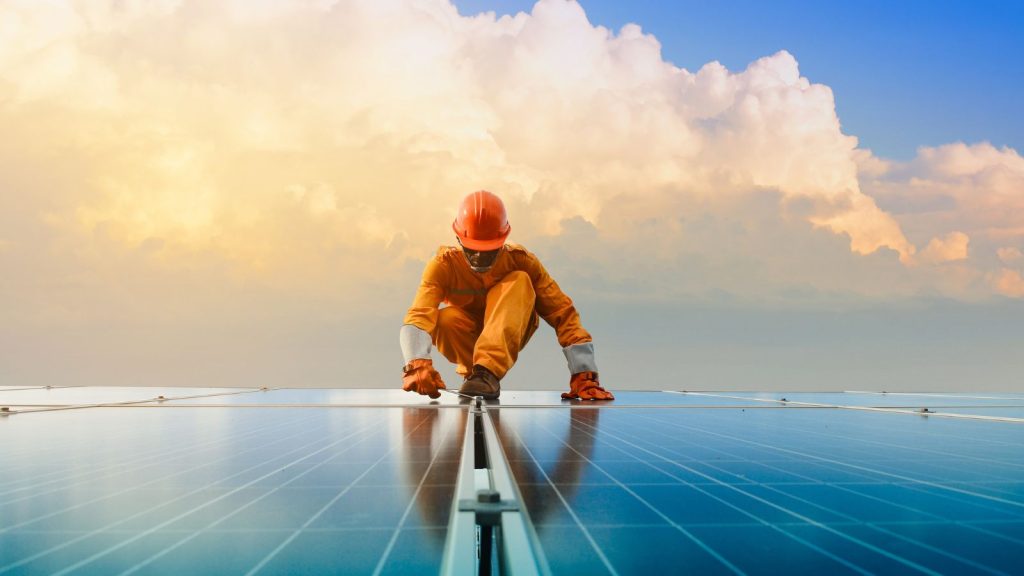 Above: Schumer and Manchin’s Inflation Reduction Act agreement promises investments in clean energy and the jobs that go with them, but the deal’s not all positive.

Westerners are glad that this package includes programs that address climate change and positive oil and gas reforms but are dismayed by some of the agreement’s problematic provisions.

Westerners from the Great Plains to the Pacific Coast are glad that this package includes programs that will reduce carbon emissions, make communities more resilient to climate disasters, increase taxpayer returns from onshore oil and gas leasing, help ensure timely remediation of new wells, and speed up the renewable energy transition. The bill would invest $369 Billion in funding for energy and climate change projects including:

“A benefit of this bill is that it would create direct incentives for co-ops to bolster our investments in grid modernization, renewables, battery storage and other energy technologies,” Bell said. “The IRA would also make critical investments in energy security and it develops cost savings and job-creating clean energy solutions for the future of all our communities—both rural and urban.”

Unfortunately for Westerners, it’s smaller than the Build Back Better Act passed by the House last year, and includes a number of problematic provisions that encourage continuation of fossil fuel production that would exacerbate climate change.

“The Western Organization of Resource Councils is encouraged that the Inflation Reduction Act holds promising proposals to make long-overdue improvements to our country’s oil and gas program, including increasing bonding levels, royalty rates, and discouraging wasteful practices that release harmful methane into the air,” said Barbara Vasquez, a leader with the Western Organization of Resource Councils from Cowdrey, Colorado. “But we are extremely concerned about a requirement to make unspecified changes to permitting that would undermine the National Environmental Policy Act. And we find it truly perverse to make clean and renewable energy development subservient to a guaranteed level of future oil and gas leasing.”

A few of the provisions that concern Western leaders, include:

The agreement is still a long way from becoming law. Before it hits President Biden’s desk, it has to make it through an amendment-adding circus called “Vote-o-rama” where it could be substantially changed. It also has to pass the narrowly divided Senate where Senator Manchin or Senator Kyrsten Sinema could torpedo it.

Check back for updates.

Whatever Happened to Build Back Better?