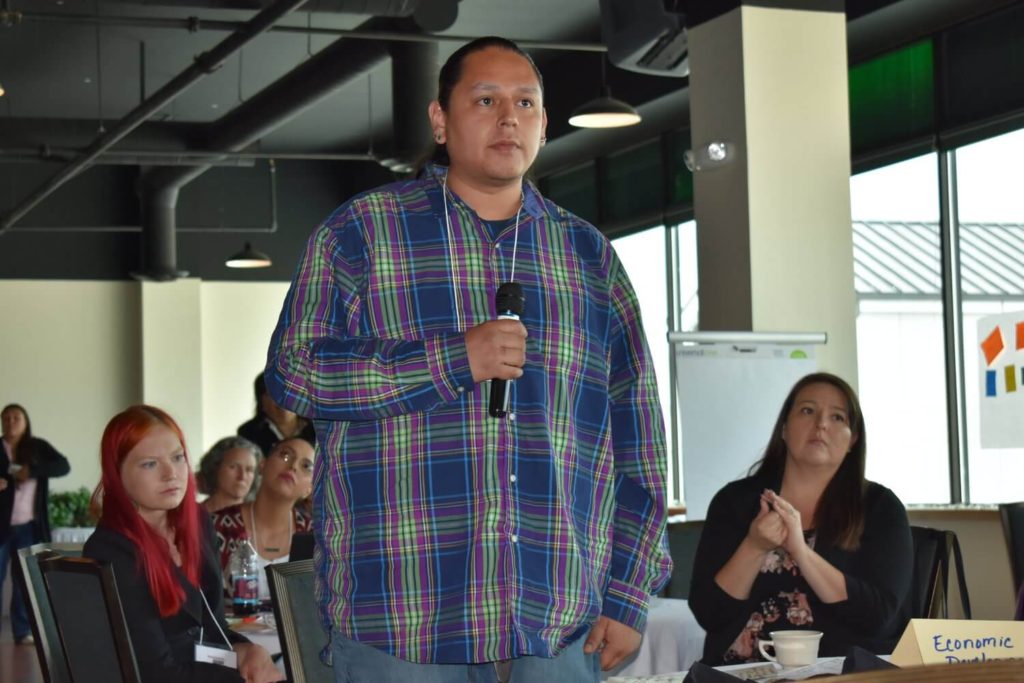 This month Western Native Voice visited with Patrick Yawakie in order to learn more about what inspires his activism and community involvement. Patrick is a food sovereignty advocate and community organizer on the Confederated Salish & Kootenai Tribes reservation. He is a co-founder of the #DecolonizeTurtleIsland grassroots movement, has served for two years on the Salish Kootenai College (SKC) Student Senate and is currently the Treasurer for the SKC Strategies for Ecology Education, Diversity and Sustainability (SEEDS) club, a chapter of the Ecological Society of America. 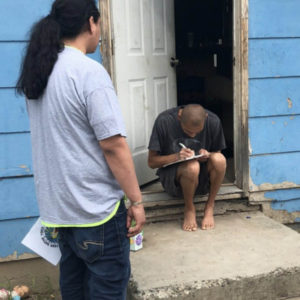 “I am Patrick Yawakie and I am A:shiwi from Zuni Pueblo in New Mexico and Anishinaabe from Turtle Mountains in North Dakota. I currently live in Montana on the Flathead Reservation. I am married to the beautiful, smart, and talented Regina Mad Plume. I’m also the father to 3 children: the oldest is my son Dustry, second in line is my daughter Jalen, and my baby boy is Patrick Jr. My hobbies include decolonization and incorporating different forms of traditionalism, maternalism, expression, and food sovereignty into a contemporary world with organizing events geared towards the indigenous/tribal community.”

Who are your supporters?

“My family is my biggest support system. My family is by blood and I also have family that are unrelated but I keep as close confidants.”

In what way(s) are you involved or give back to your community?

“I have been working with Western Native Voice and Montana Native Vote with the Native Get Out The Vote (GOTV) effort since the 2016 primaries. I also have been working on a food sovereignty initiative for the Flathead Reservation, which includes a business plan for tribal development of a food system program.  I also am co-founder of #DecolonizeTurtleIsland grassroots advocacy group, focusing on decolonizing and reversing some of the effects of allotment, assimilation, and relocation policies. I am also an entering senior in the Tribal Governance (TG) and Administration bachelor’s degree program at SKC, the first TG & Administration degree offered at a tribal college or university.”

What motivates or inspires you to effect change in your community?

“What has inspired me has been a mix between the civil rights movement, tribal sovereignty, a whole bunch of John Trudell and my parents who own their own consulting company developing tribal fiber optic systems in tribal communities. My grandpa told me to learn the game better than the enemy. So I can use that knowledge for the betterment of my people and community”

What kind of change do you want to see in your community 5 years from now?

“Seeing the expressions on people’s faces when they hear about the work we are doing. Many are supportive, many are uncertain, many have social and economic strains, and some are out right angry of this work. These ranges of emotions are what keep me going.” 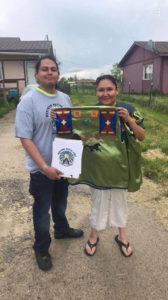 How can people, both neighbors and strangers, help your efforts?

“People can help by encouraging and supporting the youth. Our youth need the love and attention that is missing in this world. They are the future and we need to develop strong foundations for them to build upon and teach them the tools to carry on.”

What has been an impactful moment in your work?

“Seeing the expressions on people’s faces when they hear about the work we are doing. Many are supportive, many are uncertain, many have social and economic strains, and some are out right angry of this work. These ranges of emotions are what keep me going. I have heard stories of people who have done this work in the past, and they were met with violence and discrimination. They are the real heroes, and without them, and those stories and those sacrifices, this work would be a lot more difficult. Another moment was when I gave Bernie Sanders a medallion during his 2016 presidential campaign visit in Missoula. In this modern day it takes a political revolution that requires all of us to get involved. We must be our greatest advocates, we must get engaged and involved. It starts in the voting booth, but includes so much more.”

“I would like to thank Western Native Voice and all the supporters and donors that allow us to keep up this GOTV work, because it is so crucial to Indian Country.”