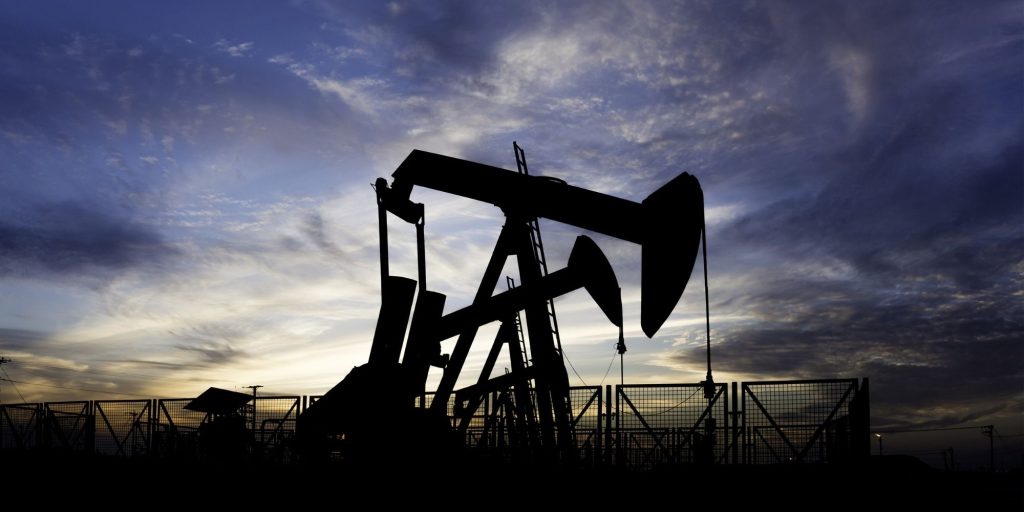 Above: Oil and gas wells like this one are in danger of being abandoned as companies change hands or go out of business. Orphaned wells often leak toxic pollutants into water and air, endangering communities and the climate.

The Biden administration and the Bureau of Land Management have the opportunity to strengthen bonds that ensure reclamation at federal well sites on public and private lands. WORC and key coalition partners submitted a petition for rulemaking to expedite the process.

The clock is ticking. While residents near federal oil and gas extraction watch companies pollute, harm the climate, and significantly impact their land and water, the 60-year-old federal rules still have not been updated. Although President Biden committed to tackling the climate crisis, two years into his presidency, his administration continues to allow oil and gas wells to sit idle and unplugged on public lands and minerals across the country. Orphaned oil and gas wells are some of the largest emitters of greenhouse gasses; they exacerbate climate change, worsen air quality, and negatively impact families and communities in their surrounding areas. To expedite the administration’s handling of this dire situation, WORC submitted a petition for rulemaking this month to ensure that bonding rules are updated as soon as possible.

We have been waiting for decades to see federal bonding rules updated. The bonding rules that exist today were created and implemented over 60 years ago. They have not been adjusted to reflect skyrocketing inflation rates. Since these minimum bond amounts were first implemented in 1960, inflation has led to a cumulative price increase of over 900%. Beyond just inflation, due to improvements in drilling technology, wells are now deeper and more expensive to plug, leading to price increases far beyond 900%. Current bond amounts are drastically insufficient, and taxpayers are paying for the brunt of the cleanup. Typical reclamation costs are $20,000 for a low-cost well, and $145,000 for a high-cost well, while the average value of a bond held by the BLM is a mere $2,122 per well. There are over 2.6 million unplugged onshore wells around the country, not including the estimated 1.2 million wells that go undocumented due to lack of enforcement. According to estimates, it would cost $280 billion to plug onshore orphaned wells, this excludes the estimated 1.2 million undocumented onshore wells. Augmenting these staggering numbers is the fact that an ever-growing number of oil and gas companies—over 100 in 2020 alone—are going bankrupt. If oil and gas companies abandon their wells, taxpayers are left with the outstanding balance not covered by the bond.

During President Biden’s first week as president, he wrote an executive order that outlined how he and his administration would tackle climate change. One of the key goals he outlined was ensuring that the United States achieves a carbon pollution-free power sector by 2035. Within President Biden’s executive order, he directed the administration to specifically work on revitalizing energy communities:

Months later at the United Nations Climate Change conference in Glasgow (COP26), President Biden outlined a goal to decrease methane emissions by 30% by 2030. However, as we have learned, words are meaningless without direct action to follow.

Methane is one of the primary greenhouse gasses emitted when oil and gas wells are abandoned and left unreclaimed due to insufficient bonds. To decrease methane emissions by 30%, bonding requirements need to be updated so that the process of plugging and reclaiming the land can happen quickly–creating a plethora of jobs and freeing up taxpayer funds to be used on other worthwhile projects.

Updating bonding rules is the responsibility of the Bureau of Land Management (BLM) that exists within the Department of the Interior (DOI). Federal agencies fulfill the requirements that the president outlines in his executive orders. Specifically, DOI and BLM have a statutory obligation under the Mineral Leasing Act to require adequate bonds:

Thus, the onus is on the BLM to take charge and enact a rule that strengthens bonding requirements. Over the last decade, DOI and BLM’s own internal watchdogs have repeatedly called on the agencies to update bonding requirements for federal onshore oil and gas development; however, it has yet to result in new rules. In November 2021, DOI released a Federal Oil and Gas Leasing Program report addressing the executive order. Within the report, bonding is highlighted as a key area of reform. The report emphasizes that bonding requirements are too low and pose a risk for the land and taxpayers, especially in light of increasing oil and gas bankruptcies. The report states, “The BLM should increase minimum bond amounts and set the appropriate levels taking into consideration changes in technology, the complexity and depth of modern wells, inflation, and the risk of abandonment”. This gives WORC and our member groups hope that changes will finally be made. However, time is of the essence. Every day that passes without proper funding for plugging and reclamation, the environment is negatively impacted and communities are left cleaning up the mess.

To expedite the process, WORC, along with Taxpayers for Common Sense and Natural Resources Defense Council, submitted a petition to BLM calling on them to update the federal onshore oil and gas program’s financial assurance requirements. Under the Administrative Procedure Act (APA), BLM has a legal obligation to respond to this petition in a timely manner. Within the petition, there are clear recommendations and proposed rules that BLM can use as a foundation as they create the updated rules:

Ultimately, full-cost bonds provide protection against damages to private, tribal, split-estate, and public lands, and should be a standard cost of doing business. The BLM can and should require full-cost bonds to shield taxpayers from the cost of fixing oil and gas companies’ problems. Establishing a bond amount and system that matches the overall cost of reclaiming each specific well, across the United States, will assure sufficient funds for reclamation. To guarantee responsible behavior, BLM must follow through on updating the federal bonding rules and then guarantee proper enforcement so that oil and gas companies are held accountable from the onset of their lease.

BLM has the authority and obligation to ensure that oil and gas sites are cleaned up. By creating stronger and well-enforced bonding rules, our lands and climate will be habitable for present and future generations.

Keep up to date with WORC’s Newsletter