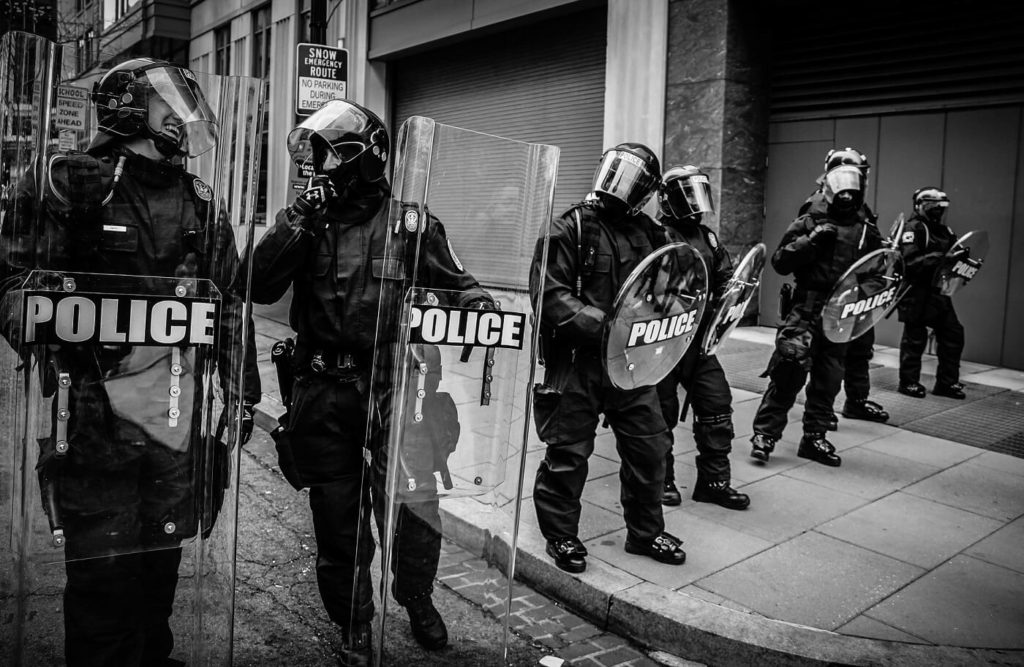 At the Montana Petroleum Association annual meeting in August of 2017, a panel presented on “Environmental Activism: How Will It Play Out in Montana?” During this discussion the Montana Department of Justice stated that they were working on a package of bills for the 2019 Montana Legislature session to criminalize protest activity, similar to what’s been introduced in other states.

The American Legislative Exchange Council (ALEC) has produced a model bill, “Critical Infrastructure Protection Act” that states are using as a template for legislation. These bills impose large fines and prison sentences on protestors and larger fines on “conspiring groups” that impede critical infrastructure. Note these bills to criminalize protest activity in surrounding states:

SF 0074 sought to raise potential penalties for protests near oil pipelines and other facilities by providing for the offense of “critical infrastructure trespass.” Possible punishments range from one year in jail and $1,000 fine up to 10 years in prison and a $100,000 fine. The bill also provides that an organization that “aids, abets, solicits, encourages, compensates, conspires, commands or procures “a person to commit felonious infrastructure trespass is liable to a fine of up to $1 million.”

This bill passed the Wyoming Legislature in 2018, but was vetoed by Governor Matt Mead.

HB 1203 was titled “Liability exemption for motor vehicle driver” and it said:

Notwithstanding any other provision of law, a driver of a motor vehicle who negligently causes injury or death to an individual obstructing vehicular traffic on a public road, street, or highway may not be held liable for any damages.

This bill was introduced in 2017 and failed in the House.

SB 176 expands the governor’s authority on public land to prohibit gatherings of 20 or more people and enables the SD Department of Transportation to prohibit or restrict an individual or vehicle from stopping, standing, parking or being present on any highway if it interferes with traffic. This law also expands the crime of trespass.

This bill was passed in 2017 and signed into law by Governor Dennis Daugaard.

TransCanada started communicating with the Nebraska State Patrol back in 2011 in a campaign to characterize protestors as criminals and possible terrorists. In 2015, Bloomberg Business reported that, “Time and again, in private emails and closed-door meetings with federal, state and local law enforcement, the Canadian company characterized peaceful opponents engaged in constitutionally protected protest as dangerous radicals or worse.”

Northern Plains believes that the people of Montana have the right and the power to make change in our lives, in our communities, and in our country. From time to time, our members organize, participate in direct actions, and hold our elected officials accountable. We have gathered in groups of 20 or more in public parks, streets, and sidewalks and follow the laws that are in place whenever we hold a rally. The right of the people to have a voice on issues that impact their lives is a foundational value of Northern Plains and of our nation.

There are just over two months until Election Day. We need to fill our legislature and Congress with people who will defend democracy and respond to the voices of the People. Vote for candidates who understand that criminalizing protest activity is a threat to our First amendment rights.

Vote as if our democracy depends on your vote, because it does!