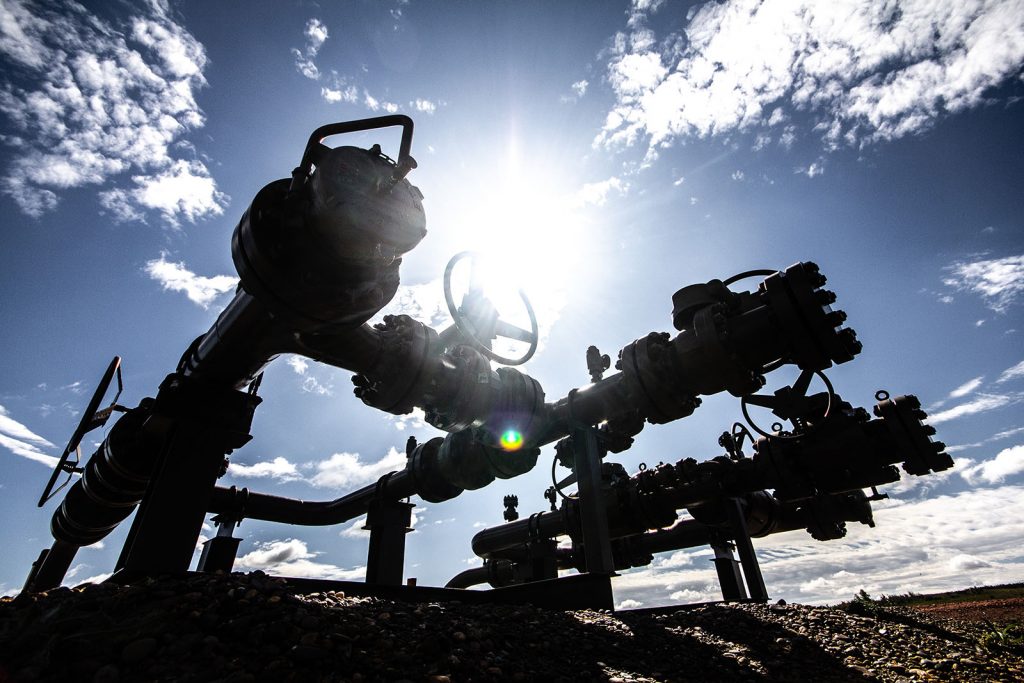 Above: Without consistent monitoring and repair, natural gas infrastructure develops leaks that can pollute air with methane and toxic organic compounds, which can cause health problems and exacerbate climate change.

Strong methane standards are essential to putting the health of communities ahead of oil and gas company profits.

In 2016, in response to both a better understanding of the health effects of oil and gas industry emissions as well as the urgency of the growing climate crisis, the EPA issued common-sense standards for new and modified sources of methane emissions in the oil and gas industry. Methane is an extremely potent greenhouse gas released during oil and gas development through venting, flaring, and equipment leaks. Each year, the oil and gas industry releases 13 million metric tons of methane and other pollutants into the atmosphere, undermining our air quality, and compromising our health. Long-term exposure to methane pollution can lead to a number of serious health complications including respiratory damage, cancer, birth defects, and nervous system damage. The rules were hailed as common-sense, low-cost standards for the industry to be able to use and rely on nationwide.

Administrator Wheeler is working to roll back are commonsense, cost-effective, and feasible pollution controls that even industry supports.

In the last year, the EPA has issued two proposals to weaken this standard. First, they would revise the 2016 rules to weaken the standards, so that the oil and gas industry would need to perform fewer inspections to reduce leaks of methane and other pollutants from their sites. Additionally, EPA has proposed carving out the transmission and storage segment, exempting all sources in that segment, such as storage tanks and pipelines.

The 2016 standards reduce methane and other harmful air pollutants from facilities they cover in several key ways, including requiring leak detection, repair standards, and economically available control technologies. In fact, many oil and gas companies have embraced these standards, and committed to cutting methane pollution from their facilities. Limiting methane waste is in the interest of the oil and gas industry, and compliance with pollution standards comes at a low cost to these companies. The reality is that the standards Administrator Wheeler is working to roll back are commonsense, cost-effective, and feasible pollution controls that even industry supports.

The additional oil and gas methane pollution emitted because of these rollbacks would, over the near-term, warm the climate as much as the carbon dioxide emissions of nearly 100 coal-fired power plants.

The EPA’s proposed roll back of methane pollution standards will compromise the quality of the air we breathe, and put the health of communities across the country, especially those near oil and gas operations, at risk. The EPA has a responsibility to prioritize the health and wellbeing of the American people over the interests of corporate polluters, and that means upholding the methane pollution standards that keep our communities safe.