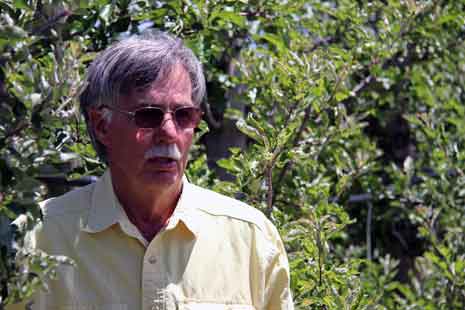 November 17 marked the beginning of the 5th round of North American Free Trade Agreement (NAFTA) re-negotiations in Mexico. It also marked the anniversary of when the U.S. House of Representatives passed NAFTA into law in 1993.

When we heard President Donald Trump on the stump criticizing NAFTA as the “worst trade deal ever,” it sounded pretty good to us. For decades, the Western Organization of Resource Councils, and allied grassroots organizations, have pointed out the economic, social, environmental, and political failings of recent trade deals, including NAFTA. American trade policy should strengthen, not weaken, the health, environment, food sovereignty, working conditions, labor rights, and transparent, competitive market principles of this country and of all countries.

Farmers and ranchers were promised free trade agreements like NAFTA would increase U.S. exports, improve farm income, and thus help keep family farms thriving. The outcomes have often been the opposite: agricultural imports have surged and for some commodities exports slowed. For example, imports of beef and live cattle have far outweighed the small increase in U.S. exports, increasing the U.S. trade deficit by almost $2.5 billion. Since NAFTA, the U.S has lost nearly one out of every ten small and mid-scale family farms, according Public Citizen’s Global Trade Watch. Many of these deals also resulted in major manufacturing job loss, eliminating critical non-farm income for rural families.

NAFTA was the first trade agreement to include the corporate power grab known as the Investor State Dispute Settlement (ISDS) provision. Under ISDS, corporations have equal status with nations in enforcing these agreements, and, if they are able to convince their cronies at the World Trade Organization that they have been harmed by, for instance, a buy-local or labeling rule, they can recover not only compensation for any actual loss but also for lost future revenues that they hoped to earn. This preposterous idea demonstrates the extent of corporate influence in these negotiations.

In 2015, multi-national corporate meatpackers used the threat of lawsuits based on NAFTA’s ISDS provision to force Congress to repeal COOL for meat, despite widespread public support for the labels.

So where do negotiations stand going into the 5th round? There is a proposal to make ISDS voluntary — essentially ending the provision. Buy American campaigns and local procurement requirements might be protected, and rules requiring minimum U.S. content in items claiming “Made in America” could be strengthened. These potential revisions would help U.S. farmers and workers. Or, negotiators could drop these these revisions in favor of the status quo.

Congress has to vote on whatever proposal comes out of the negotiations, and our best shot at influencing the outcome is to let our Congressional representatives know what we, their constituents, want to see in a new NAFTA. Let your elected officials know that you demand that they promise to support strong agricultural, environmental, and labor protections in any new NAFTA agreement or be willing to vote against it.

Insist that a new NAFTA protects buy-local campaigns, reinstates COOL, gets rid of ISDS, and protects American families by ending incentives for corporations to outsource jobs.