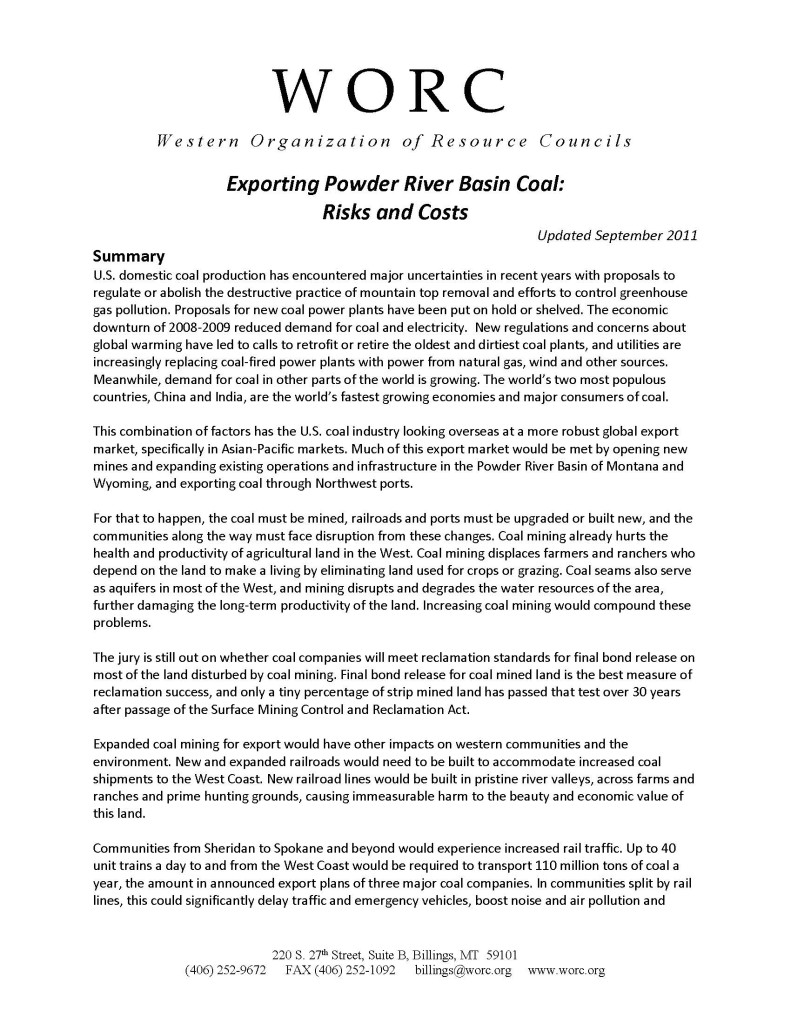 U.S. domestic coal production has encountered major uncertainties in recent years with proposals to regulate or abolish the destructive practice of mountain top removal and efforts to control greenhouse gas pollution. Proposals for new coal power plants have been put on hold or shelved. The economic downturn of 2008-2009 reduced demand for coal and electricity. New regulations and concerns about global warming have led to calls to retrofit or retire the oldest and dirtiest coal plants, and utilities are increasingly replacing coal-fired power plants with power from natural gas, wind and other sources.

Meanwhile, demand for coal in other parts of the world is growing. The world’s two most populous countries, China and India, are the world’s fastest growing economies and major consumers of coal.

This combination of factors has the U.S. coal industry looking overseas at a more robust global export market, specifically in Asian-Pacific markets. Much of this export market would be met by opening new mines and expanding existing operations and infrastructure in the Powder River Basin of Montana and Wyoming, and exporting coal through Northwest ports.