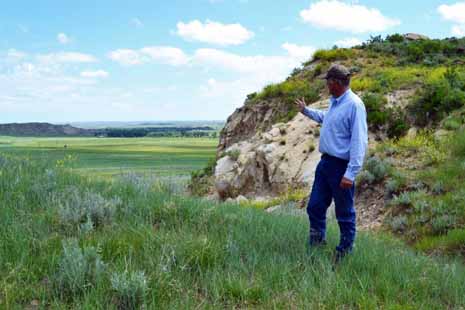 Quite a few folks associate Northern Plains Resource Council with the Tongue River Railroad. It’s a huge part of our history – Northern Plains has been around for 44 years and we fought the damned railroad for 37 of those years. To me, the story is interesting. It has a lot of characters – the heroes and heroines, many villains, cultural diversity, greed, trickery but in the end the good guys won. Many people ask us how we won and this is my version of that story.

I wanted to share this story now nearly 9 months after the monster died to give some hope and inspiration to so many of us who continue to fight for clean water, clean air, fairness and the right to peacefully enjoy your home. A modern day David and Goliath battle – it was not won easily or quickly but in the end, we did win – one of a small handful of railroad permits denied in American history. And given some of the big new battles we face, it’s important to take solace in long fights and long odds that paid off. Because if we learned anything, it’s that determined citizens working together can win unwinnable fights.

From that day on

The earliest records we have in the Northern Plains office that say the words “Tongue River Railroad” date back to 1979. From that day on, many of the people in the Tongue River Valley were alarmed and decided to assemble and fight it. From that day on, this ill-fated railroad took many shapes, impacted different people and ultimately died officially on April 24, 2016 when the federal agency that gives out permits for railroads finally denied their permit.

It was never alive but we killed it any way

The railroad was a creature that was never fully alive nor dead. No shovel of dirt was moved, no rail was laid to create the railroad. The only real beneficiary of this railroad was its promoter – Mike Gustafson who made millions just for selling his idea to a revolving door of investors.

It makes me mad that this speculative idea caused so much anxiety and expense for our region. With the threat of a railroad running through our places, it didn’t make sense for ranchers to put up fences or irrigation that would be ripped up and ruined with a railroad. It froze dozens of ranch businesses in place. The value of our property was low just with the threat of it. The time, money and energy it took from everyone who fought that railroad are hard to add up.

We used a combination of strategies: 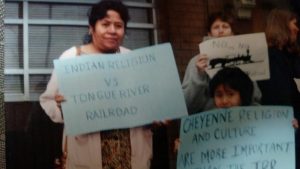 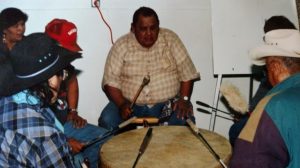 If there was a silver bullet in this fight it was just sheer gumption to play the long game. Northern Plains fought it for 37 years, never once giving up on it despite many claims that it was just about to be built. We outlasted the bastards.

I would like to thank each and every one of you who made a phone call or submitted a comment or contributed money or testified to stop the Tongue River Railroad. It all made a difference!

Congress and the President have both taken decisive action in recent weeks to undermine protections that safeguard our land, air, and water. Many of us are waiting for things to get even bleaker, and in times like this, it can be hard to stay positive. But looking out from my front door and driving my pastures, I have hope. My wife and I grew up in eastern Montana, like so many of our neighbors, and it’s where we’ve raised our kids. We love it here, and we’ll fight to defend it.

As new threats and proposals come and go, we’re still here. And we’ve learned that that vigilance, care, and passion mean everything.