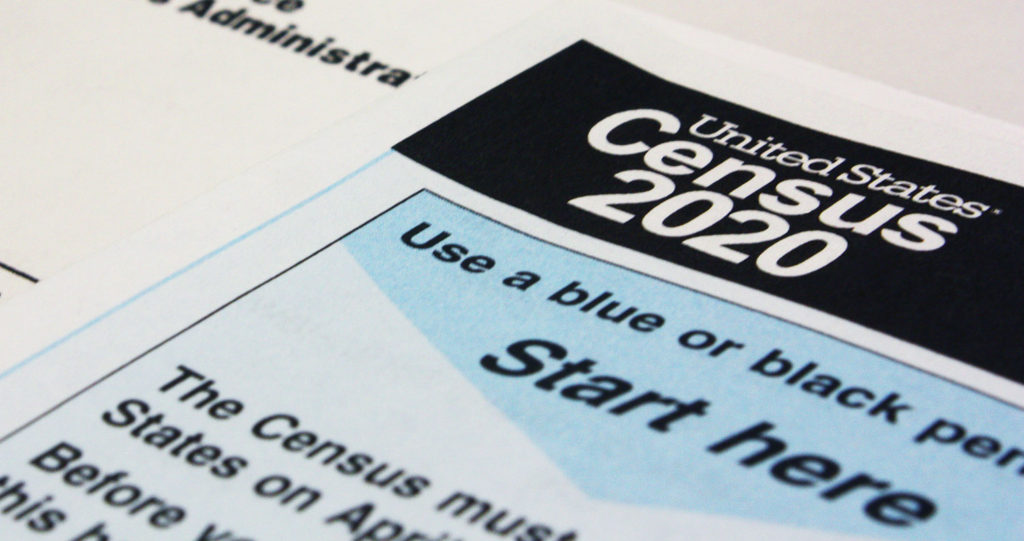 Getting an accurate census count in 2020, especially of traditionally undercounted populations, could shift political power.

Above: It’s critical to ensure that the 2020 census is safe and accessible to everyone in the country. Image: washingtonydc

Every ten years since 1790, the United States takes a national headcount of everyone living in the country—from infants to the elderly, citizens to noncitizens. The census is technically required by law (it’s written in the Constitution!) and helps figure out population and demographic trends like how many people live in cities vs. rural areas, and how many people in total live in the country. These numbers are used to determine hugely important investments from the federal government to the states, to the tune of $800 billion every year. They also establish how many seats each state gets in the House of Representatives (there are 435 in total, and each state gets at least one). And at the city and county level, these numbers help determine how much money to put into investments like bridges, roads, schools, hospitals, and even in disaster response and relief, ensuring there are adequate local services to serve the true population. The next census happens in 2020.

2020 will be the first year the Census will be completed mostly online in an effort to streamline the process and reduce the amount of paperwork needed. However, we know there are many places in the country that do not have reliable and consistent access to the internet like in rural and/or Native American reservation areas, which could lead to an inaccurate depiction of how many people live in a certain place. Some of WORC’s member groups like Western Native Voice and North Dakota Native Vote are working to lower the barriers of access to the Census and provide education and outreach about why participation in the Census matters and mobilize organizers to encourage people to take part in the census next year.

Some of WORC’s member groups like Western Native Voice and North Dakota Native Vote are working to lower the barriers of access to the Census and provide education and outreach about why participation in the Census matters and mobilize organizers to encourage people to take part in the census next year.

The Census doesn’t officially begin until April 1, 2020, but some very remote communities in the upper northwest area of Alaska will start being counted in January of next year when they are accessible via snowmobile since there are no roads and accessing those communities during the summer and spring months is even harder.

The process of the Census goes like this: in March of next year, most households will get an invitation in the mail to go to a secure website and complete the Census online, followed by a paper questionnaire in April. Then, if you still have not completed the census, you’ll get a knock on your door from one of the census workers who are hired in each community to talk directly to people, answer questions, and help them to fill out the Census.

The Census Bureau’s own research has determined which populations are missed at higher rates in the census count. These typically include children, lower income, lower education, people experiencing homelessness, English language learners, undocumented immigrants, LGBTQ, and racial/ethnic minorities. Reasons for the aforementioned groups to not be included in the count include things like fear and mistrust of government officials and government documents asking sensitive questions, especially if you are worried that information will be shared with government entities that could result in retribution. It is against the law for the Census Bureau to share its data with other agencies including the FBI, Immigration and Customs Enforcement, etc., but the fear and mistrust remains.

It is against the law for the Census Bureau to share its data with other agencies including the FBI, Immigration and Customs Enforcement, etc., but the fear and mistrust remains.

Compounding those fears, the Trump Administration has pushed to include a question on citizenship status (a question that hasn’t been asked on the Census since 1950), which would drastically reduce the number of people participating in the Census or lead to incomplete Census forms. The administration’s own estimate predicted a result in an undercount of 6.5 million people. Adding the citizenship question to the 2020 census would significantly reduce participation by immigrant communities, hampering their growing political influence, and depriving them of economic benefits. This includes both noncitizens and US citizens, many of whom may fear that participating will expose their noncitizen family members to legal repercussions. The latest in the ongoing series of lawsuits and political fights over this issue has led to the Administration not pursuing adding the citizenship question to the Census after all, but the fears that could lead to an undercount have already been stoked.

What happens in an undercount?

An undercount, either by not reaching “hard to count” populations, and/or fear and confusion about the Census itself would have drastically bad results. A depressed census response rate in already underrepresented communities would allow politicians to draw even more skewed legislative districts and further dilute the political power of these communities. It’s important to have a full and accurate count of the census next year, and ensure the process is safe and accessible to everyone in the country. The makeup of our country’s politics and democracy depend on it.

For more stories on our Grassroots Democracy work, click here.