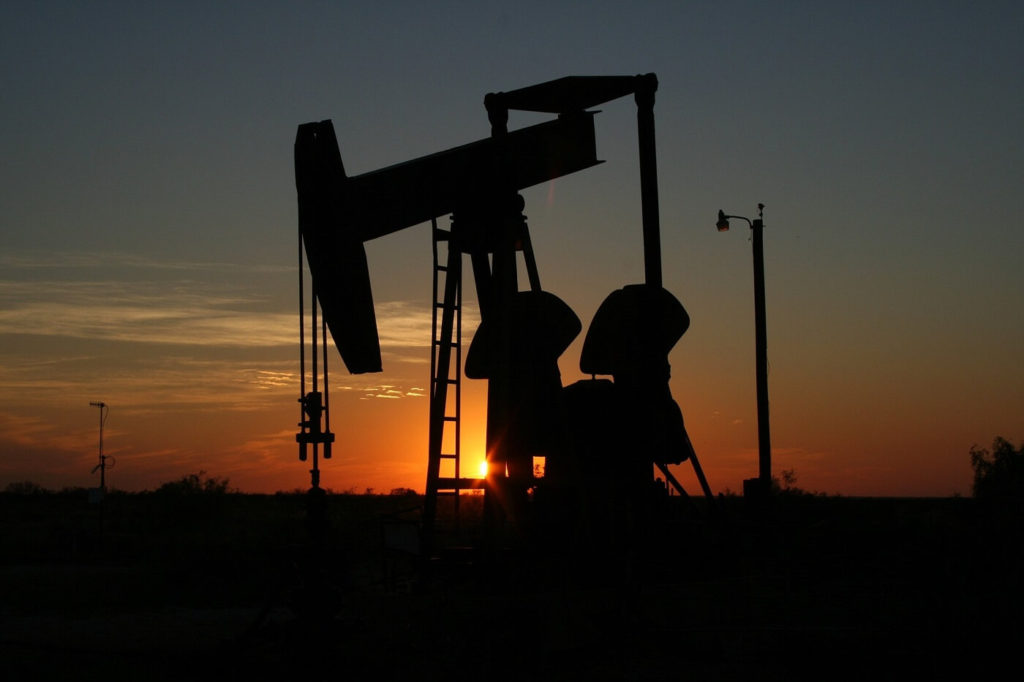 Ryan Zinke’s energy industry-stacked RPC is in the business of turning public resources into private profits–with no return on investment to the public.

UPDATE: On November 29, WORC filed a motion for a preliminary injunction to stop the Royalty Policy Committee from conducting any further business until the Administration complies with federal transparency laws by giving notice of and opening the RPC’s subcommittee meetings to the public, releasing the subcommittee’s materials, including information pertaining to the conflicts of interest of appointed committee-members, and fairly balancing the Committee to include representatives of the public interest. You can read the motion here and the memorandum in support of the motion here.

“We are asking the court today to drag the Royalty Policy Committee’s secret meetings and conflicts of interest out into the sunshine and bring some balance to the committee’s membership. Landowners who deal with the impacts of mining or drilling deserve a seat at the table when federal mineral policy is crafted, but by appointing a one-sided committee Secretary Zinke made clear he never intended that landowners participate.”

This week, WORC filed suit against the Trump Administration for unlawfully creating a committee designed to help energy companies avoid paying a fair return to American taxpayers for the privilege of extracting taxpayer-owned coal, oil, and gas. WORC contends that Interior Secretary Ryan Zinke stacked the Royalty Policy Committee (“RPC”) with representatives of energy extraction companies that stand to directly benefit from reduced payments for resource development, putting money that would go to education, hospitals, and other critical services into the pockets of energy companies.

“Ryan Zinke has concocted this sham committee to launder one-sided proposals from the coal, oil, and gas companies into federal policy,” says Montana state legislator and Northern Plains member Mary Ann Dunwell. “As a state legislator, it is my responsibility to make sure we collect all the revenue we need to fund schools, mental healthcare, and roads. States across the West are in budget crisis, and yet the federal government is entertaining proposals to shortchange state revenue further for the benefit of private industry.”

This allows a board formed of almost all industry insiders to weigh in on issues like opening up the Arctic National Wildlife Refuge to drilling as well as policy changes that help certain oil and gas drilling to circumvent NEPA analysis. Incarnations of the Royalty Policy Committee have existed in prior administrations, but the Committee has not been chartered in recent years. On March 29, 2017, Secretary Zinke chartered the Committee’s most recent iteration. Zinke also changed the wording of the charter to allow the committee to give recommendations beyond just royalty policy. This allows a board formed of almost all industry insiders to weigh in on issues like opening up the Arctic National Wildlife Refuge to drilling as well as policy changes that help certain oil and gas drilling to circumvent NEPA analysis. The Bureau of Land Management has since acted to implement both recommendations.

“Secretary Zinke is breaking the law in order to barter off America’s public resources to his corporate cronies and shield them from paying a fair value for the privilege,” says Democracy Forward Executive Director Anne Harkavy, whose organization is representing WORC in the litigation.

WORC’s lawsuit alleges that the committee makes multiple violations of the Federal Advisory Committee Act (FACA) passed by Congress in 1972 to “prevent the surreptitious use of advisory committees” by persons seeking to “advance their own agendas.” FACA requires the membership of an advisory committee to be “fairly balanced in terms of points of view represented” and include “representatives of the public interest” and “a variety of economic and social groups.” One of FACA’s primary goals is to ensure that the advisory groups operate in an open and transparent manner. These provisions have been violated by:

“FACA is supposed to keep government policymaking in the sunshine,” Harkavy says, “but this is yet another Trump Administration policy operating in the dark.”

“Secretary Zinke is breaking the law in order to barter off America’s public resources to his corporate cronies and shield them from paying a fair value for the privilege.”

The RPC’s membership is stacked with representatives of coal, oil, and gas interests.

Various public interest and conservation groups submitted nominations to join the committee but were denied. Instead, Secretary Zinke stacked the Committee with advocates for the extraction and fossil fuels sectors. Of the twelve Committee members representing “various mineral and/or energy” stakeholders or states receiving royalty disbursements, at least half possess direct ties to the mining and fossil fuels industry. Of the four Committee members representing “academia and public interest,” two have ties to the mining and/or fossil fuels sectors. None of these four members purport to represent those portions of the public interested in conservation or in royalty prices that are fair to taxpayers.

“Energy companies have a bad habit of cheating on their taxes and royalties when they can get away with it,” says Steve Charter, rancher and WORC board member. “Now the federal government wants to cut them a sweetheart deal.”

“Energy companies have a bad habit of cheating on their taxes and royalties when they can get away with it,” says Steve Charter, Montana rancher and WORC board member. “Now the federal government wants to cut them a sweetheart deal.” The RPC has increasingly operated to exclude public participation. It announced its February 28, 2018 meeting only fourteen days beforehand, rather than the required thirty. It has provided no notice of its subcommittee or working group meetings, even though these subsidiary groups have generated nearly all of the RPC’s policy recommendations. The RPC’s subcommittee and working group meetings – many of which are spearheaded by representatives of the oil and gas lobbies – have been closed to the media and public.

“Secretary Zinke’s Royalty Policy Committee has been stacked with representatives of the coal and oil and gas industry who have since attacked public participation and fair and open reviews of oil and gas leasing on public lands,” says Bennett Boeschenstein, Grand Junction, CO, resident and City Council member. “As a local elected official, I know balance and transparency are key to good public land management, and the RPC’s actions will only hurt our western communities.”

Although the RPC has sometimes opened Committee meetings to the public, it has not facilitated public participation during these meetings. At the Committee’s February, 2018 meeting, the RPC permitted interested members of the public to speak for only two minutes per person, for a total of thirty minutes, then immediately held votes on and adopted many policy proposals to which the public had objected, providing no meaningful opportunity for the Committee to evaluate the public’s concerns.

“Clearly the fox is in charge of the hen house. Ignoring the importance of the recreation economy while short-changing the American taxpayer of royalty payments is another example of the self-dealing ‘swamp’.”

Beyond FACA’s requirement for public notice and participation, an advisory committee must also make available “all records, reports, transcripts, minutes, appendixes, working papers, drafts, studies, agenda, [and] other documents . . . made available to or prepared for” the Committee. These materials must be released well before the relevant meeting, such that the public can follow the substance of the discussions. The RPC has not provided any documents prepared for or used by the Committee’s working groups and subcommittees prior to those bodies’ meetings. Most of the work the Committee has relied on to make decisions has come from these secretive subcommittees.

“Clearly the fox is in charge of the hen house,” says Bill Carver, founder of Carver Brewing Company, a Durango, Colorado, business that relies on the draw to pristine public lands. “Ignoring the importance of the recreation economy while short-changing the American taxpayer of royalty payments is another example of the self-dealing ‘swamp’.”

The RPC has recommended and ratified an array of proposals that favor unfettered mineral extraction while minimizing public compensation, and have declined to pursue policies that would increase federal mineral royalty collections and disbursements to states and tribes.

The lopsided composition of the RPC’s membership ensures that the Committee will solely advance private interests, and will not consider policies that could increase royalties to the United States Treasury and downstream disbursement to states. They will not make policy recommendations that reflect the fair market value of the United States’ energy resources, or that would fairly take into account and balance competing interests in conservation, recreation, ranching, and renewable energy.

“These companies can’t just take and take from the areas they mine and drill. At the very least they’ve got to pay the public a fair return for earning a profit on publicly-owned minerals.”

“This is completely outside their mandate; rather than focusing on royalty policy and whether American taxpayers are getting their fair share from public resources, they have instead recommended a range of actions that will fast-track oil and gas permitting while locking the public out of the Committee’s own business,” Boeschenstein says. The Committee has also taken aim at NEPA, recommending Department of the Interior (DOI) staff to misapply Section 390 of the Energy Policy Act of 2005, which calls for exemptions from NEPA review for certain leasing-related activity. The RPC has recommended that DOI widen the congressionally mandated NEPA exemptions without seeking further congressional action or notice and comment rulemaking. The Committee has also recommended rolling back dozens of DOI policies related to the conservation of public lands and cultural artifacts.

“For those of us who make our living and create jobs in towns near public lands, this can have disastrous long term effects on our communities,” Carver says.

Because the Committee has spent its resources fulfilling the wish list of Secretary Zinke’s and Chairman DeVito’s preferred special interests, the RPC has not even attempted to pursue policies that would benefit the public interest and American taxpayer, including compensation on waste from natural gas flaring, insufficient bonding on extraction operations, artificially low royalty rates paid to states, and other issues.

“These companies can’t just take and take from the areas they mine and drill. At the very least they’ve got to pay the public a fair return for earning a profit on publicly-owned minerals,” says Charter.

The scope of the Committee’s work has sprawled far beyond the scope and duties as represented in the Committee’s charter. Industry interests have laundered an array of proposals through the Committee that go well beyond determining fair market value of federal minerals, all of which are favorable to extraction companies.

The suit, filed in federal district court in Missoula, Montana, requests declare the RPC’s continued operation unlawful, vacating its Charter and recommendations, and enjoining it from further meetings. At the very minimum, WORC seeks a court order for RPC, its subcommittees, and working groups to operate in a lawful, transparent manner that guarantees public participation.

“As a New Mexican affected daily by the 122 natural gas wells surrounding our ranch, I’m eager for a quick court decision to put this preposterous, industry-filled Royalty Policy Committee out of business,” says Don Schreiber, New Mexico rancher. “Federal minerals belong to the public and the public must be able to participate fully, and be represented fairly, in all royalty policy decisions. We should all welcome this lawsuit.”