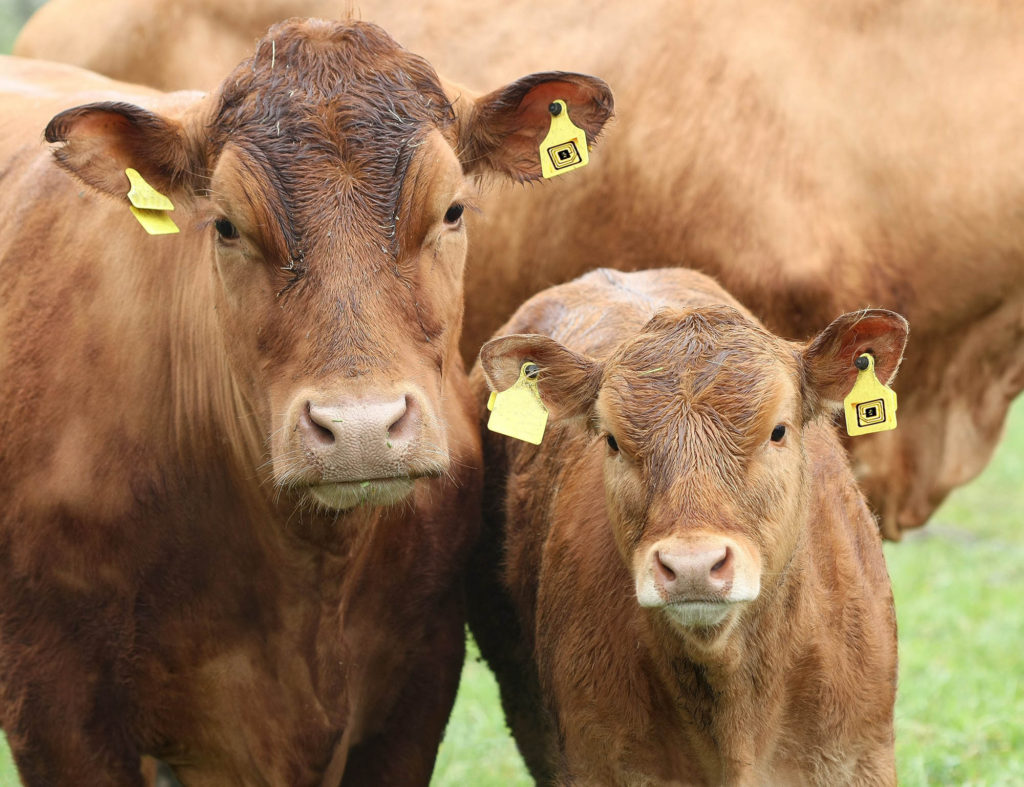 The USDA’s electronic animal ID program will make it easier for big meatpackers to manipulate the market while sticking ranchers with higher costs.

Many independent cattle ranching operations are facing the prospect of going out of business while consumers are facing record high meat prices, all due to the highly consolidated meat industry that is controlled by a handful of large, multinational meatpacking corporations. And, yet again, our federal government and corporate lobbyists are proposing new requirements for the benefit of these same corporations at the expense of ranching families, rural communities, and our national food security.

The United States Department of Agriculture (USDA) has announced that it intends to mandate electronic identification tags for cattle that cross state lines. And, since many state animal ID programs are connected to the federal one, in practical terms, many ranchers will be forced to use these Radio Frequency Identification Device (RFID) tags even for in-state movements.

This isn’t a new idea—USDA proposed this as part of a larger electronic ID plan for all livestock 15 years ago, but withdrew the plan under a storm of protest from both producers and consumers. Now they’re working to bring it back, at a time when ranchers cannot afford any increased costs. What’s worse, is that USDA is not going through the formal rulemaking process that would require a cost-benefit analysis. How much is this going to cost and who is going to pay for it? Nobody knows. We need to tell USDA to stop this plan and go through the normal process for rulemaking! USDA should conduct a full cost-benefit analysis, provide it for public comment, and demonstrate to the public that the benefits are more than just a marketing tactic for exporters.

This expensive, intrusive, and unreliable ID system benefits two groups: the large meatpacking corporations, and the technology companies that produce the electronic tags, readers, and software.

USDA and the meatpackers argue that traceability is about addressing animal disease and food safety. But the RFID tags on cattle won’t do anything to increase food safety, the system is about expanding corporate control of the meat industry by creating another system to promote international trade for the big meatpackers, and is cheap for large-scale operations, but a financial burden on family ranchers.

Data from the Center for Disease Control shows that the vast majority of food-borne illnesses in meat are the result of practices at the slaughterhouse and afterwards in the processing and handling. We have seen millions of pounds of meat recalled due to unsanitary conditions and a lack of proper oversight at huge slaughterhouses. But the animal ID program ends at the slaughterhouse door because once the animal is processed, the ID is discarded. RFID tags on cattle won’t do anything to increase food safety.

Nor will RFID tags make our animals healthier. USDA continues to allow imports of livestock from countries with known disease problems. In fact, this electronic ID plan is primarily designed to maximize corporate profits by promoting exports and imports of animals and meat – further increasing the risk of introducing and spreading diseases. If corporate meatpackers can create an international norm of traceability, they can open up the borders, maximize trade, and get the highest margins possible. The pork industry already converted to an electronic ID system, but that did not prevent widespread animal deaths when the porcine epidemic diarrhea virus hit the U.S. in 2013.  The export market does not need this type of government assistance. Even in the midst of COVID-related meatpacker shutdowns, the largest meat processors continued to ship meat overseas, all while American consumers faced skyrocketing meat prices if they could find meat at all.

All one needs to do is look at who served on the working groups that developed this latest version of the plan. There were few actual cattle producers, but the chairs and co-chairs were dominated by representatives of corporations that manufacture electronic tags and the equipment necessary to apply, read, and track data from the tags, together with the organizations that promote the corporations that already control huge swaths of our livestock and meat industries. If this plan is implemented, how will the data be secured? Who has access to it and under what conditions? This data will not just be in government databases, but collected by individual veterinarians, who will be storing farmers’ information to send to state agencies.

Traditional metal ear tags cost about 10 cents each, and the USDA provides them to farmers for free. The agency estimates the cost to farmers for RFID tags will be $2-$2.60 per head. That doesn’t seem like much, but with millions of cattle in this country, that is a huge cost to producers year after year. This wealth will be extracted from rural communities and the profits go to the tag manufacturers (tens of millions of dollars each year).

If USDA wanted to address food safety and animal disease, it would increase oversight and testing at the large meat processing plants and stop boxed meat and live cattle imports from countries with known disease problems. These two steps would do far more to promote a safe, secure food supply than sticking RFID tags in cows’ ears.

Just how did we get here? Here’s a synopsis:

2005: USDA announced a plan to require the owners of every single livestock and poultry animal in the country to register their property with the government, tag each animal with an internationally unique ID number (in most cases, with electronic forms of ID), and report their movements to a corporate/government shared database. This was the National Animal Identification System (NAIS).

2013:  USDA adopted a new rule for animal ID requiring “official identification” on cattle over the age of 18 months (and dairy cattle at any age) that cross state lines. The regulation explicitly allows for a variety of official identification methods, including the standard metal ear tag. This program has worked well for the last seven years.

2019: USDA released a “fact sheet” on electronic ID for cattle and announced that it would stop approving any non-electronic form of identification. This document effectively mandated use of electronic ID by amending existing regulations without going through the legally required process. The agency withdrew the document after the Trump Administration issued an executive order that directed federal agencies to halt the use of “guidance documents” to impose regulatory requirements.

JULY 6, 2020: USDA released its current proposal and requested public comment on its plan to require RFID tags as official identification for cattle. This announcement STILL is NOT going through the full rulemaking process, allowing the agency to avoid doing a cost-benefit analysis or address the impact on small businesses.

Congress “Fails Ranchers and Consumers” by Approving USMCA Without COOL