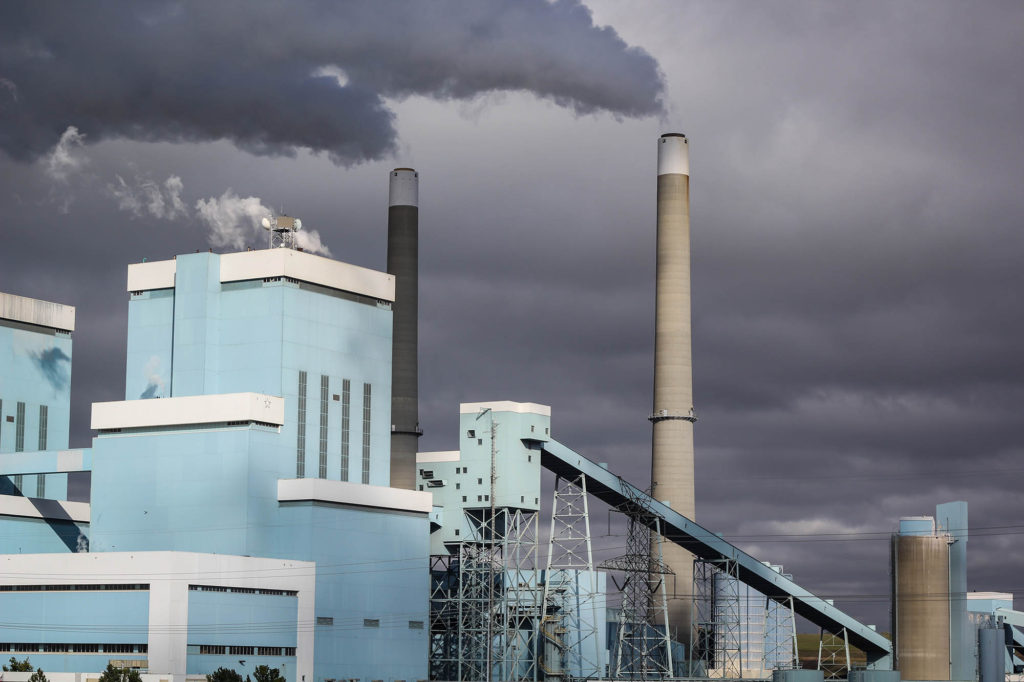 This post was adapted from Dakota Resource Council’s blog.

While funding for carbon capture and sequestration is being debated in Washington, the risky technology remains a bad deal for taxpayers and the climate.

There has been much talk in the news lately about the Democrats’ proposed reconciliation package, the Build Back Better Act. Republicans are unanimously opposed and there are splits within the Democratic party on what priorities to fund and how large the package should be. These debates at the Federal level have the potential to directly affect the energy economy of North Dakota, particularly as it relates to Carbon Capture and Sequestration technology.

CCS… Too good to be true

Carbon Capture and Sequestration (CCS) is the process of capturing man-made CO₂ and permanently preventing its release into the atmosphere by storing the captured CC  underground in geologic formations. On the surface this seems like an innovative technology to help combat climate change— but in reality, CCS is inefficient, expensive, and unreliable. Several studies indicate that CCS drops electrical efficiency by 22% driving up electrical costs for companies and taxpayers alike. CCS projects have cost billions of dollars in public monies but only one coal-powered CCS project remains in the United States. The storage of CO₂ underground is very risky as blowouts can occur releasing the sequestered CO₂ into the atmosphere.  CCS will further prolong the transition to more sustainable forms of energy needed to address the climate crisis.

Despite the unproven technology of CCS, there is still a push to increase 45Q tax credits for the implementation of CCS technology. Currently, the tax credit is $50 dollars per ton of CO₂ sequestered. There is a talk within the Democratic Caucus of increasing this tax credit to $85 in the reconciliation package. Notably, these tax credits in the Clean Electricity Performance Plan currently only apply to CCS technology operated on natural gas and other manufacturing plants— not coal-fired power plants.

Joe Manchin (D.WV) loves coal… and that could greatly impact North Dakota and the West:

While the current draft proposal of the Clean Energy Performance plan does not include increasing the tax credits for coal-fired power plants. Senator Joe Manchin, a moderate who has wielded immense influence in the negotiations, has urged Senate Majority leader Chuck Schumer to include coal-fired power plants as part of the increased tax credits. He wrote a memo this summer urging carbon sequestration for coal-fired power plants to qualify for clean energy initiatives.  If coal-fired plants are ultimately included in the 45Q tax credits this will have a major impact on two major CCS initiatives in North Dakota. Rainbow Energy recently purchased the financially challenged Coal Creek station with a promise to retrofit the plant with CCS technology. Project Tundra, a multi-billion dollar project also aims to employ CCS technology on the coal-fired Milton R. Young station.

Are Taxpayers on the hook for financing these projects?

Financing for these projects has been a challenge. Both projects cost billions of dollars and investors are being asked to fund an unproven technology that further delays the transition to renewable energy. There is little appetite within the corporate sector to invest in coal as many companies aim to transition to more renewable forms of energy. In a recent interview, David Solomon, Chairman and CEO of investment bank Goldman Sachs said, “You know, the reality that I think that we all have to accept – the institutional capital world is done with coal.”

The Bank of North Dakota declined a request to loan project Tundra $250 million citing the terms of the investment as far too risky. In response, North Dakota legislatures wrote a bill to give $250 million to the state for lending with the assurance the legislature would provide reimbursements so the bank wouldn’t assume liability. Lawmakers have admitted that the cost of reimbursement would likely fall on taxpayers if Minnkota were unable to pay their debts due to Project Tundra being a failure. While financing for these projects is risky and many investors are hesitant, there is one constant that has been repeatedly stressed: 45Q tax credits are essential to the longevity and success of these companies’ CCS projects.

It is amazing how debates at the Federal level can have major implications for the energy economy of North Dakota. Democratic support for CCS illustrates that the fight for a Just Transition is not strictly a partisan issue. It is essential to ensure the public is informed about the risks associated with CCS and that the public is also aware technical fixes cannot save the coal industry within North Dakota. DRC and WORC will be closely watching the reconciliation package and will continue to support economic investment to diversify Coal Communities and to promote a just transition.