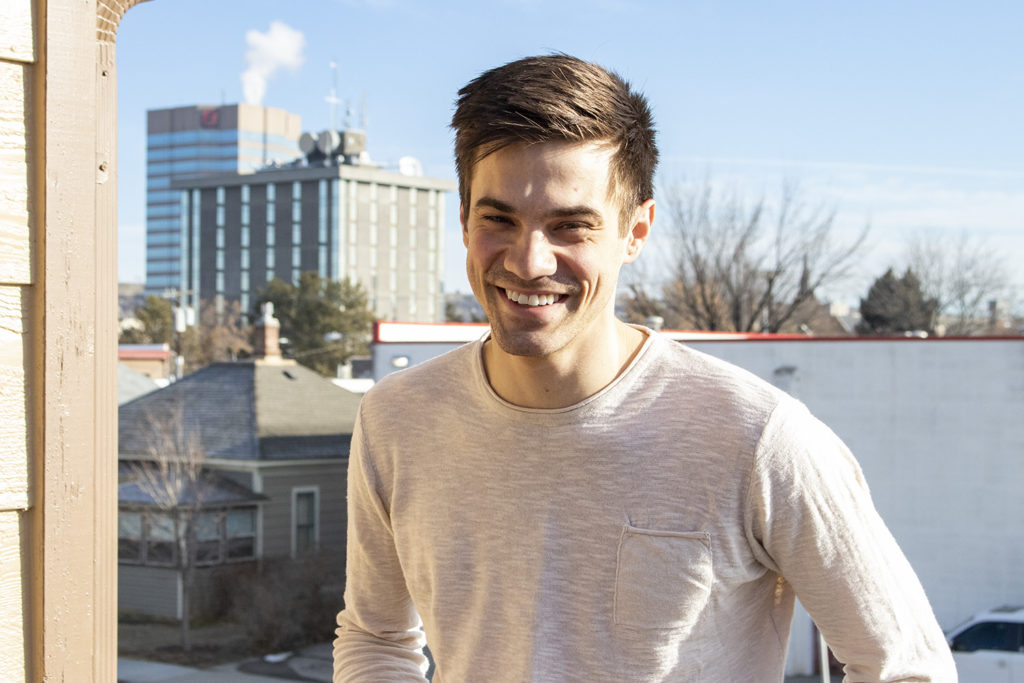 Northern Plains member Patrick Certain is one of the thousands of new farmers looking for farmland.

This story is excerpted from Homegrown Stories. Read the full version HERE.

The U.S. Labor Department found the average age of farmers and ranchers is 58. This raises concerns for the future of farming as more and more young people are moving away from the family farm and choosing careers unrelated to agriculture. As older farmers look to retire, the big question of “who will run the farm” can envelop every moment of the day. At the same time, as this “shortage of farmers” problem plagues established farmers looking to retire, new farmers just starting out cannot find land. The National Young Farmers Coalition found that access to land is the number one challenge new farmers face.

The Western Organization of Resource Councils and member groups have urged for policies that support the full diversity of farmers – beginning and socially disadvantaged farmers, Native American farmers and ranchers, other farmers of color, small and mid-sized farmers, and farmers transitioning to organic or more sustainable production. During the 2018 Farm Bill, WORC advocated for government to tailor public credit and insurance in a way that keeps money out of the hands of industrial agriculture operations and used to support people like Patrick, who want to take on the monumental task of starting up a farm and becoming a steward of the land.

Patrick calls himself an aspiring farmer. He currently works downtown at Montana Vintage Clothing during the week to save up money to eventually switch to his dream career full-time. Patrick’s passion for farming and re-localizing the food system is blatant.

“The mythology that I use to explain why I ended up farming is that I’m a town kid, but I think farming skipped a generation in my family,” Patrick says.

“I realized I didn’t want to work through the traditional halls of power — I had more fun working outside. I thought to myself, I can advocate for something by doing it, rather than advocating for a million things and not really doing any one of them.”

Patrick grew up in town, but would frequent the family farm for holidays and vacations.

“Very quickly after starting [university for political science at the University of Montana], I realized I didn’t want to work through the traditional halls of power — I had more fun working outside,” Patrick says. “I thought to myself, I can advocate for something by doing it, rather than advocating for a million things and not really doing any one of them.”

After Patrick came to this realization, he took a semester off and hitchhiked around the country. He ended up working on an organic farm in Arizona. At the same time, Patrick was reading texts about food policy and the food system. The combination of working outside and learning organic farming paired with gaining an understanding of the entire U.S. food system propelled Patrick to get back into school to do something he cared about.

“I found the Sustainable Foods and BioEnergy Systems program in Bozeman, at Montana State University and was instantly intrigued,” Patrick says.

Eight years after deciding he wanted to farm, Patrick is still dedicated to making his dream happen.

“For the past eight years I’ve been working on different farms learning as much as I can,” Patrick says.

Patrick concluded that his true interest and passion lies in what he calls “hyper-local organic vegetable production.”

Today’s climate for that food source is ripe in Billings.

“Where I’m at now is, I’m going to take out a pretty modest loan for infrastructure and I’m looking for land to lease,” Patrick says.

Patrick was hopeful that he would one day be able to farm the land his grandfather originally purchased, but like most family farms it’s a complex relationship of who should get the land.

“The family’s farm, like most family farms, is kind of the classic American farm story,” Patrick explains, “my mom has six siblings, and when my grandpa passed away, my mom’s brother ended up running the farm while he was in law school…so naturally he became the proprietor of it.”

Today, Patrick’s family’s farm is managed by an uncle by marriage. The outbuildings and homes on the land are falling apart and drowning in weeds. Although it’s sad to see the farm in that condition today, the full story of the farm is a happy one. It embodies the American dream. The farm provided for six kids who eventually went on to become doctors and lawyers.

Patrick’s family sometimes question his drive to be a farmer, but Patrick knows what farming stands for.

“I say different things at different times, but I tell my aunts and uncles, ‘Grandpa would be proud that one of his grandkids ended up doing what he did.’”

“I want the food I farm to be accessible to people. I can see this future where we have a circular economy where our food dollars are reinvested into our community rather than sending them to the Central Valley of California.”

Patrick’s grandpa, Bert, was a cutting edge farmer in his time. Bert won several awards from Natural Resource Conservation Service and the Department of Agriculture for conservation and tillage.

Patrick wants to build on that legacy.

“If it’s not clear at this point, I’m a true romantic for the local food movement,” Patrick says. “I want the food I farm to be accessible to people. I can see this future where we have a circular economy where our food dollars are reinvested into our community rather than sending them to the Central Valley of California.”

When Patrick isn’t working downtown, he spends his time drafting out farming plans and talking all things food and farming. He is hopeful that he’ll find land in the next few months, and is determined to have his first crop of garlic in the ground come September.