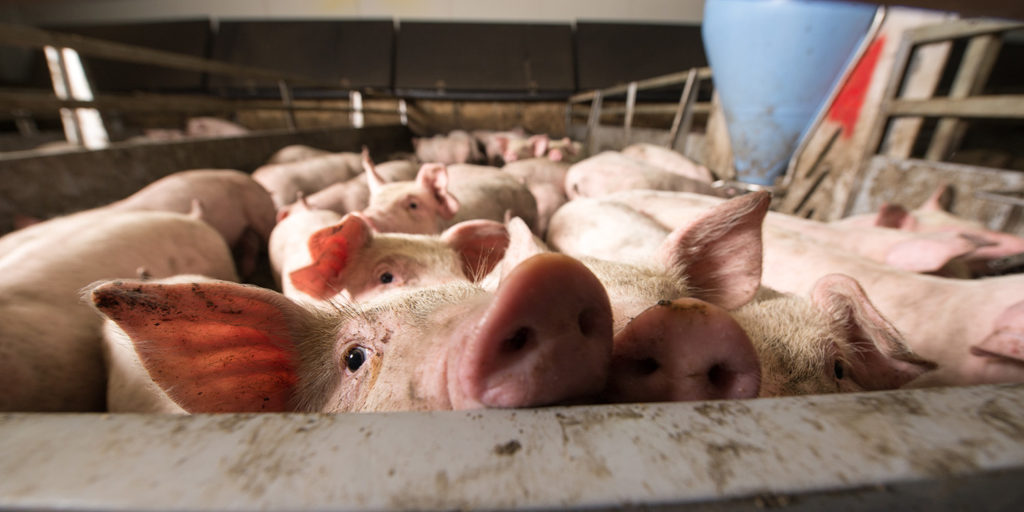 Corporate Ag Lawsuit Restrictions protect factory farms by making it harder or impossible to challenge them in court—and one is coming to a legislature near you.

Kristi Mogen and her family fled their home in Wyoming after and oil and gas development put their health in threatened their health. Shortly after finding refuge in Revillo, South Dakota, a Pipestone hog consolidated animal feeding operation (CAFO) was proposed near their home, putting their health and livelihood in jeopardy again. The community came together to rally against the operation, and the CAFO was disbanded. Grant County residents then organized to win a referendum that increased the CAFO setbacks to the strongest in the state of South Dakota.

Kristi’s story unearths the importance and strength of local control when it comes to standing up to industry. As CAFO operations spread throughout the West, they aim to divide communities in order to make it easier to control the levers of power. Leveraging the power of concerned local residents and intervening before facilities are built is one of the only ways to keep CAFOs at bay. Once operating, CAFOs are hard to shut down.

“Right-to-farm” laws, present in all 50 states, protect farmers utilizing accepted and standard farming practices from nuisance lawsuits. The laws were originally intended for family farmers to protect themselves from getting sued by neighbors, but as farming practices drastically changed over the last few decades, corporate agriculture has been able to take advantage of “right-to-farm” laws making it harder for community members to sue large industrial farms such as CAFOs. Last year, however, a federal jury ruled a subsidiary of the world’s largest pork producer, Smithfield Foods, to pay $473.5 million to 16 neighbors of three North Carolina industrial-scale hog farms for unreasonable nuisances they suffered from the CAFO operation. In response to the settlement, corporate ag has made plans to protect themselves from retaliation by the communities these mega operations hurt. Industry has put its formidable weight (and cash) behind newly passed bills in West Virginia and Oklahoma, and legislation on the table in Utah, Nebraska, and Georgia that significantly restrict who is eligible to sue a CAFO and for how much. This legislation favors industrial agriculture and waters down residents’ abilities to get justice.

Leveraging the power of concerned local residents and intervening before facilities are built is one of the only ways to keep CAFOs at bay.

These laws are a way to silence residents from speaking out against CAFOs. The legislation restricts who can sue the CAFO in two specific ways that will be detrimental to communities. Bills in West Virginia and Utah place a distance restriction of a one mile radius on whoever sues the CAFO. If a neighbor is outside of the one mile zone but impacted by the operation, they can not sue. Data consistently shows the negative environmental and health risks CAFOs emit are not limited to a one mile radius. Water contamination and air pollution can leave neighbors with polluted water, breathing problems through ammonia and nitrate exposure, and higher stress levels because of the constant noise and smell. Research linked health effects like higher rates of nausea, increases in blood pressure, respiratory issues such as wheezing and increased asthma symptoms, and diminished quality of life for people living near hog farms. The National Association of Local Boards of Health laid out in a 2010 report that foul odors from a CAFO can be smelled up to six miles away, carried in the air from the anaerobic reaction within the lagoons of hog and chicken waste.

In addition to the proximity limitations, in many states, plaintiffs must pay for all legal fees if the CAFO wins in court. This measure discourages neighbors of CAFOs from suing. Additionally, many of the states exploring legal changes to CAFO lawsuits have slashed punitive damages granted from lawsuits, meaning a cap would exist for what CAFOs may be sentenced to pay neighbors. This thwarts an already vulnerable group for standing up for democracy and basic human rights like clean water and breathable air.

Water contamination and air pollution can leave neighbors with polluted water, breathing problems through ammonia and nitrate exposure, and higher stress levels because of the constant noise and smell.

This trend of protecting corporate ag over people threatens democracy and local control. And although the effects of these new laws will be felt hardest in rural areas closest to these industrialized factory farming sites, the impacts of unregulated industry eventually harm everyone. Top hog producing states are already feeling the impact. Iowa has around 25 million hogs, making it the number one hog producing state. In Iowa, the Department of Natural Resources (whose director is appointed by the Governor) makes the final decision on whether or not a CAFO is built. The lack of local control in regulating CAFOs has led to an approval rate of 97 percent for CAFO permits. The outcome of this: Over half of Iowa’s water does not meet water quality standards.

Community organizing is the best defense from rubber-stamped CAFO operations and “right to farm” bills pushed through legislatures. Currently, WORC member groups led by Dakota Rural Action and Dakota Resource Council are working hard to organize around this issue, educating communities on the adverse impacts of unregulated CAFOs and putting pressure on decision makers to do the right thing. With the speed that factory farms are moving into our states, the stakes couldn’t be higher.