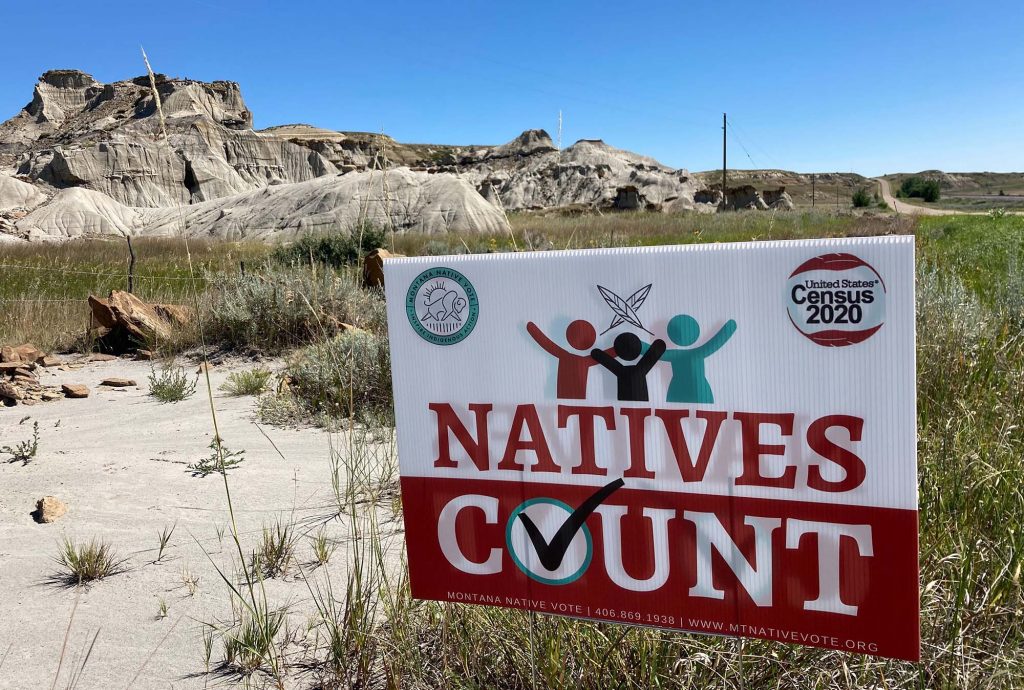 The Trump administration continues to throw roadblocks in the way of a fair and accurate count of rural and Native communities.

It’s estimated that for each person that is not counted in the 2020 Census, their community will lose out on $20,000 in funding over the next decade. More than four million people are at risk of being uncounted in the 2020 Census, most of whom will be young children and people of color. Nowhere does this seem more prevalent than in our rural communities and reservations.

The decennial census is our once-in-a-decade opportunity to capture accurate information about rural communities. The numbers that the census delivers are critical for decision-making in many areas that affect our lives. The census determines the allocation of nearly $1.5 trillion in federal funds yearly for essential programs and is used to determine representation in the House of Representatives based on population as well as drawing district boundaries for local and state elections. Government agencies also use census data to determine which areas are considered rural and urban and to make funding decisions for federal programs. All of these uses depend on a fair and accurate census that counts everyone in America.

The 2020 Census brings new challenges to a complete count because, for the first time, Census response is primarily online. We know that there is limited access to the internet in rural and tribal communities. In Montana, around 35% of households within the boundaries of a tribal nation have either no home internet service or dial up-only service, and another 8% of households rely on a cellular data plan. It’s estimated that, in rural communities, over a quarter of all residents have no internet access in their homes.

It’s not just Montana. Tribal areas throughout the west are in danger of a massive undercount. “Nearly all of our tribal communities are drastically undercounted in North Dakota,” said Wes Davis, Chairman of North Dakota Native Vote.

Then, on August 3, 2020, the U.S. Census Bureau cut the response period by an entire month, disproportionately affecting the counting of Black, Brown, Indigenous and immigrant communities.

Tribal areas throughout the west are in danger of a massive undercount. “Nearly all of our tribal communities are drastically undercounted in North Dakota.”

“When I heard the news of the change, my heart sank thinking about what is at stake for our Native communities, our state, and our country,” McLean said.

The move comes after the Trump administration released a memo in late July calling for the exclusion of unauthorized immigrants from the count that decides seats in Congress, which critics said would lead to underrepresenting marginalized groups and people of color.

“The Constitutional mandate of the U.S. Census to provide accurate data for redistricting and funding is being purposely undermined, Davis said.

In the 2010 Census, 79% of the Hard-to-Count counties were in Rural America with Native Americans being among the hardest-to-count populations in our region. Lower median ages, higher rates of poverty, high rates of mobility, and housing insecurity, as well as remote residences and non-standard addresses within tribal nations, make counting Native Americans particularly difficult. Include historic reasons for Native people to distrust the federal government and you have a perfect storm that has led to Native Americans being the most undercounted group in the Census. Losing a full month of counting will exacerbate the problems, especially during the pandemic.

“We have necessary tribal programs such as healthcare and housing that are federally funded and will be severely impacted by an undercount,” said Marci McLean, Executive Director of Western Native Voice. “Cutting us short of 31 days in October will be devastating for many families that rely on federally funded services.”

“We have necessary tribal programs such as healthcare and housing that are federally funded and will be severely impacted by an undercount.”

An accurate count of rural and Native communities is critical for appropriate resource allocation. It was estimated that over 300 federally funded programs relied on census data to distribute around $900 billion to communities in 2016 alone. Of that, around $30 billion went to 60 different federally funded programs that exclusively serve rural communities, and $3 billion went to 55 federal programs that exclusively serve tribal communities. Census data is used to allocate funding for critical programs including the Supplemental Nutrition Assistance Program (SNAP), Medicaid, Rural housing and rental assistance programs, Public and Indian Housing (HUD), rural infrastructure programs, education funding, and more.

Regardless of the Census’s importance and the anticipated challenges of getting a fair count, both federal and state governments have substantially underfunded and under-resourced the census. This means it largely falls on grassroots organizing groups to make up the difference and make sure hard-to-count communities get the funding they deserve.

With the onset of Covid-19, both groups have had to adjust their programs by building robust digital and relational organizing campaigns. The Census Bureau halted their in-person field efforts for 3 months, adding to the challenge of getting a full count. They extended the self-response timeline six months, moving it from March to October 31, 2020, and giving our groups more time to organize in hard-to-count communities. But with the Census Bureau cutting the last month of counting, the groups are scrambling to organize around the count in their communities.

“The Constitution requires that everyone in the United States is counted in the census. There is no exception. Everyone – adults, children, young, old, citizens, and non-citizens are to be counted.”

Marielena Vega, a member of Vision 2C Resource Council in Idaho said, “The Constitution requires that everyone in the United States is counted in the census. There is no exception. Everyone – adults, children, young, old, citizens, and non-citizens are to be counted. All communities should be counted within the appropriate and necessary period of time in order for us to receive the representation and services we all need.”

Our organizations and partners understand just how critical it is to ensure everyone is counted in the 2020 census. Even as new obstacles arise, we are redoubling our efforts to guarantee that our communities have fair access to federal funding and fair representation in our democracy.

Organizing in a World of Physical Distancing and Social Solidarity