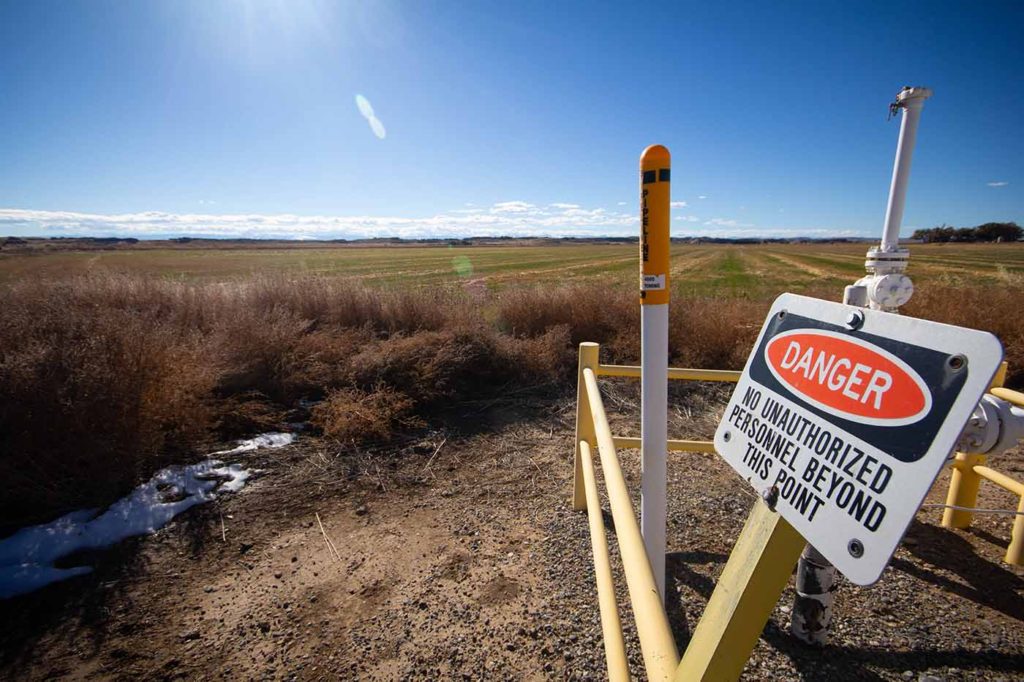 How tumult over a draft report on fracking-related water contamination has given Wyoming a pass on fixing groundwater polluted by traditional gas drilling.

Sue Spencer, a hydrogeologist based in Laramie, Wyo, looks down from a sandy bluff on a two-football-field-sized swath of cleared land that designates a capped natural gas well. Two men in unmarked blue coveralls and white hard-hats stand near the edge of the site. She has no idea whether this is one of the wells that’s been contaminating the East Pavillion, Wyo. water supply, or if it’s just a well that’s been under-performing. She has no way of knowing whether simply capping the well will stop methane from leaking into the groundwater aquifer, or not.

“The people that were there sampling wouldn’t even speak to us,” Spencer said. “There’s this veil of secrecy about everything they do.”

Secrecy comes standard in the oil and gas industry. It’s enabled by state and federal policies that allow companies to hide details around hydraulic fracturing. For the residents of Pavillion, the culture of concealment around fracking makes a bad situation much worse.

“Back in 2013, Jeff Locker (a Pavillion-area farmer) showed up at our office in Laramie with three giant boxes full of documents and water quality data reports, and he wanted us to help him figure out what was going on with his well, “ Spencer said. “He’d been having problems with his well since 1992 [but] nobody was listening to him.”

Locker had his water tested in the late 1980’s when he financed his ranch. The tests indicated he had high-quality water. Four years later, his water quality degraded by a factor of 10.

Those wells are drilled into the Wind River Formation, a complicated sequence of sandstones and channel deposits that are layered on top of each other. The formation is about 3,500 feet thick. Without an impermeable layer to stop gas migration between the gas production zone and the drinking water aquifers, gas wells need to be constructed in a way to protect shallow groundwater wells. Well casings must be filled with concrete down below the bottom of the deepest possible water supply. Any gaps between the casing and drill bore allows gas to move freely up the open casing and out into the water-bearing layers, contaminating not only those layers, but all of the layers above as it makes its way to the surface.

According to a study done by the Wyoming Oil and Gas Commission on gas wells in the Pavillion area, 52% of the 169 wells have incomplete casings. Any number of those wells may be leaking methane into groundwater aquifers like the one the Locker family uses for drinking water. And without more complete scientific study, there’s no way to tell how much contamination is happening.

A complicating factor came in 2011 when the Environmental Protection Agency (EPA) released a draft report that found benzene and other chemicals used in the fracking process in a 700-foot-deep freshwater aquifer far above gas-production depth. The draft report, which was never released as a final version, was the first documented evidence of fracking-related water contamination.

“The oil industry went nuts,” Spencer said. “It was right as the gas boom was starting, and [the oil lobby] was just like, ‘you can’t say that groundwater was impacted by the fracking industry.’”

Amid the backlash, the EPA  caved to pressure from Encana and the state of Wyoming, allowing the Wyoming Department of Environmental Quality (DEQ) to take over the investigation. Under DEQ, the contamination investigation was reduced to a palatability study. No new monitoring wells have been drilled, and the state of Wyoming is pushing EPA to plug their two monitoring wells. Without more monitoring, the complicated hydrogeology of the Wind River Formation can’t be fully understood, including what the real cause of the contamination of Pavillion residents’ drinking water.

“The science is just pathetic,” Spencer said of the way DEQ has begun using samples from drinking water wells, instead of drilling scientific monitoring wells. “It just died at the mere mention of fracking, which isn’t as much of the problem as these improperly constructed gas wells.”

While not admitting that there’s a problem, Encana, the gas company that owns the wells, has been delivering water to some of the affected farmers and ranchers. This duplicity shields them from having to find a real solution, such as simply drilling a new municipal water well a few miles outside of the gas field and pumping water in. This type of solution isn’t unprecedented, nor is it particularly expensive in the scope of Wyoming water projects. Unfortunately, in the efforts to cover up the fracking contamination, Wyoming has enabled the industry to avoid fixing problems it’s caused through bad practices, and left residents without clean water.

“As a geologist, it’s really frustrating to see how it’s played out” Spencer said. “It’s clear to me that the reason that not much is happening here is political pressure. Everyone in Wyoming knows that groundwater is probably our most important resource. To let this go on for 10 or 15 years and these people still have no water except for a few bottles delivered once a week is just not right.”

Check out a video interview with Sue Spencer discussing what happened to Pavillion’s water.

First Amendment Under Assault in Our Western States.