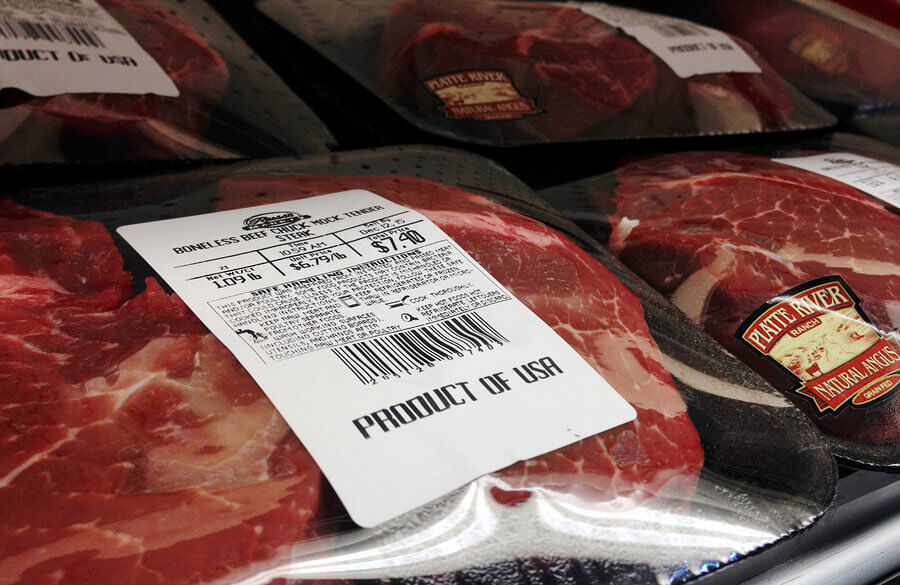 **Update: due to the outpouring of positive comments submitted to the USDA, they have extended the deadline to Monday, September 17th. If you haven’t yet submitted comments, please do so today.

You read that right.

The United States imports beef from places like Australia, Canada, and much of Latin America. It then runs that beef through a USDA inspection and, if it passes, sticks a label on it that reads “Product of the U.S.A.”

Thanks to a petition from the Organization for Competitive Markets (OCM), you may now have the power to help close that loophole. Currently, the U.S. Department of Agriculture’s Food Safety and Inspection Service has a rule that allows beef and pork labeling to bear the phrase “Product of the U.S.A.” if it is merely processed in the States. However, this rule doesn’t require that the animal actually be raised in the States.

USDA recently solicited public comments, based on OCM’s petition, to change the rule. Those comments are due Sept. 17. We encourage you to submit your comments here.** A broad-based show of grassroots support will go a long way to helping change USDA’s mind about this policy.

The Western Organization of Resource Councils has fought for decades on Country of Origin Labeling requirements for commodities. In 2002, WORC spearheaded efforts to get Country of Origin Labeling (COOL) into the Farm Bill. Unfortunately, in 2015 Congress voted to repeal COOL for beef and pork, under pressure from lobbyists of corporate meatpackers who control more than 84% of U.S. cattle slaughter.

Research shows, most Americans stand with WORC on these issues. Some 93% of Americans polled want to know where their food comes from, and 75% say that country of origin is a major factor in their purchase. Part of it has to do with supporting their neighbors, but part of it also has to do with protecting consumers.

For example, Brazil once imported a large share of beef into the US under this rule. However in 2017, after 1.9 million pounds of Brazilian beef products were cited by USDA inspectors as “public health concerns,” the United States suspended importation of Brazilian beef.

That hasn’t stopped the flow of imported meat, however. A USDA study found that since 2014, the United States has imported more beef than it’s exported.

Particularly troubling to eco-minded consumers is the impact this practice has on rainforest deforestation. A Yale School of Forestry and Environmental Studies paper found that more than 111 million acres of deforested Amazon in Brazil is now home to cattle pasture. By comparison, that’s roughly the size of Montana (94 million acres), with enough room to shoehorn Maryland and Connecticut in there, too.

Deforestation concerns aren’t limited to Brazilian ranchers, either. Uruguay, the fifth-largest exporter of beef to the US, devotes more than 70% of its land to pastures. Since 2001, it’s leveled one-fifth of its forests. The story is similar in Central America, where exporters from Costa Rica, Honduras, and Nicaragua have also felled rainforest cover to make way for “Product of the U.S.A.” beef.

In addition to environmental concerns, there’s the issue of trust.

When Americans buy groceries, the “Product of the U.S.A.” label is a significant assurance as to the quality and safety of the product consumers are feeding to their families. Moreover, most hard-working American consumers want to support their neighbors, hard-working American ranchers and farmers. The “Product of the U.S.A.” label tells them they’re doing that. There’s still a real, considerable value and utility behind the USA brand. It’s not just a label, it’s a legacy.

Yet, allowing foreign importers to reap that benefit through the FSIS loophole, defeats the purpose of having any label at all. Moreover, it undercuts the price paid to U.S. ranchers. In 2015, beef imports to the U.S. equaled $6.2 billion-worth of sales to foreign ranchers. Through supply and demand principles, increasing the supply of beef in the US naturally precipitates a drop in price for domestic US beef suppliers.

The numbers bear this out. From November 2014 to October 2016, farm value of cattle fell from $3.67 per pound to $2.19, per a Farm Aid report. This represents billions of dollars of lost equity.

Granted, the plight of US farmers and ranchers doesn’t stem from this loophole alone. Significant concerns still exist, including corporate consolidation and vertical integration of industry. There’s also a lack of Country of Origin Labeling laws, and trade policy that hamstrings American producers.

That said, you can move the issue forward by voicing your comments into the public record. Comments need not be more than a few sentences, and they will help shape US Ag policy in a positive way.

**Update: due to the outpouring of positive comments submitted to the USDA, they have extended the deadline to Monday, September 17th. If you haven’t yet submitted comments, please do so today.