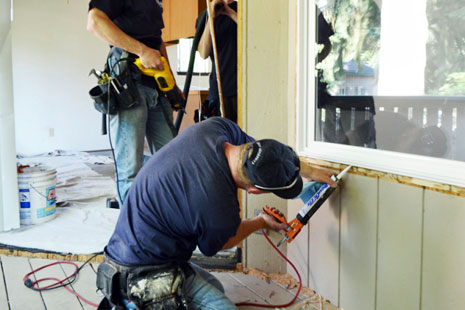 Property Assessed Clean Energy (PACE) is a financing tool used to provide property owners affordable, long‐term capital to implement clean energy improvements—from energy efficiency upgrades to rooftop solar power systems. Financing is repaid as an assessment on the property tax bill over a term of up to 20 years. Communities across the country use PACE programs to save money on energy costs and revitalize local economies.

Colorado first passed PACE enabling legislation in 2010 and efforts are underway to ramp up participation in Colorado’s commercial PACE program. Members of Western Colorado Congress (WCC) launched a campaign this year to persuade counties in their region to opt in to PACE and are celebrating a recent win. Montrose WCC members cheered the decision of the Montrose County commission to opt in to the program on May 31.

Leaders of the Uncompahgre Valley Association (UVA), WCC’s local affiliate, had spent the preceding couple of months introducing and advocating the program to the county commissioners and staff. UVA first approached the county treasurer, then teamed up with Montrose Economic Development Council Director Sandy Head to organize local support for PACE. The Montrose county commissioners made the unanimous opt-in decision a little more than a month later, citing the County’s Strategic Plan Priority #4, “Effective and Responsive Government,” and the fact that PACE stimulates local business and costs the county nothing to implement. Similar efforts continue in Mesa and Ouray Counties.

The Northern Plains Resource Council narrowly missed passing enabling legislation in Montana earlier this year. Despite building a strong and diverse coalition of support, the effort was ultimately defeated by the powerful banking lobby and party politics. The Northern Plains clean energy task force has now turned its attention to the potential of implementing PACE type programs at the county level, bypassing the need for state legislation.

Meanwhile, members of Dakota Rural Action are organizing to get state enabling PACE legislation in South Dakota. After a campaign planning session this spring, members hit the ground running to organize support for PACE and are crafting legislation for introduction during the 2018 legislative session. DRA was able to learn from the experience of Northern Plains’ efforts in Montana and have adjusted their plans accordingly. Notably, they have decided to focus on a commercial PACE program, since including residential properties was one factor that contributed to the defeat in Montana.

A Co-Op Members Lead the Fight for Rural Clean Energy