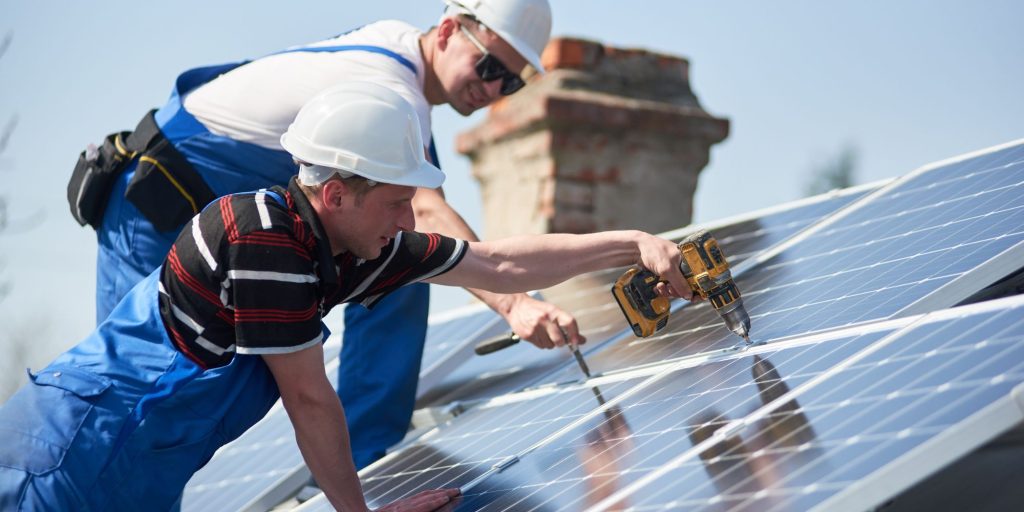 “The Benefits and Costs of Net Metering Solar Distributed Generation In Wyoming” report lays out benefits beyond just costs including greater reliability, resilience, and freedom.

On June 13, energy experts from Crossborder Energy released a new report analyzing the benefits and costs of rooftop solar in Wyoming, from the perspective of utilities and their customers. Powder River hosted the experts to present their findings in a webinar, Rooftop Solar in Wyoming: Analyzing Benefits & Costs. The webinar was attended by over 80 people, including a mix of policymakers, utility staff, reporters, and Wyomingites from across the state. The full report was released during the webinar and is now available on Powder River’s website and through their social media channels. The study was commissioned by Powder River, with financial assistance from the Wyoming Outdoor Council and the Sierra Club.

“Our study took a comprehensive look at the benefits and costs of net-metered residential solar systems in the Wyoming service territories of Rocky Mountain Power and two rural electric cooperatives. We concluded that the benefits exceed the costs, such that there is no ‘cost shift’ from net metering in Wyoming,” said Tom Beach, one of the study’s principal consultants. “Our study also found that rooftop solar is a cost-effective resource in Wyoming, and measures to encourage greater adoption of this clean resource would benefit all ratepayers in the state.”

“Our study took a comprehensive look at the benefits and costs of net metered residential solar systems in the Wyoming service territories of Rocky Mountain Power and two rural electric cooperatives. We concluded that the benefits exceed the costs, such that there is no ‘cost shift’ from net metering in Wyoming.”

The study comes in response to legislative proposals to reduce the “payback” for solar systems at homes and businesses. Under current law, solar owners receive a 1:1 credit on their bill for excess solar generation they send to the power grid. This bill credit compensation has become controversial in recent years, with utilities and the Wyoming Office of Consumer Advocate arguing that utilities over-compensate solar power owners, allegedly presenting a shift of the costs solar customers aren’t paying onto other customers. Crossborder Energy’s study refutes this assumption, firmly concluding that no cost shift exits. The study concluded that, in the long-run, deployment of small-scale rooftop solar will not have an adverse impact on the utility’s rates or cost of service; rather, on average, utility bills will decline because of rooftop solar added to the grid.

In fact, one of the report’s main findings was that solar owners absorb additional uncompensated costs because of the up-front capital costs of installing the system that then provides excess power to the grid. This means that any reduction in the compensation provided to rooftop solar customers from the utility is likely to be detrimental to the growth of this resource in Wyoming.

I want to make a difference!

The report also highlighted the other benefits of rooftop solar, including quantifiable societal benefits like public health improvements from reduced air pollution, as well as difficult to quantify benefits, such as the enhanced reliability and resiliency of customers’ electric service because rooftop solar is a foundational element for backup power systems and micro-grids that can provide uninterrupted power when the utility grid is down. The report further highlighted that distributed generation also enhances customers’ freedom, allowing them to choose the source of their electricity, and results in customers who are more engaged and better informed about how their electricity is supplied. The choice of using private capital to install solar on a customer’s private premises leverages a new source of capital to expand Wyoming’s clean energy infrastructure. The report concludes that these are all significant benefits that should be considered by utilities and policymakers.

Webinar moderator Scott Kane of Creative Energies concluded the webinar and report release by highlighting the benefits of jobs and revenue from the installation of rooftop solar systems. Kane emphasized the opportunity small customer-owned solar can provide for Wyoming’s power grid and our economy.

Montana Utility Uses its Influence to Shut Down Roof-Top Solar