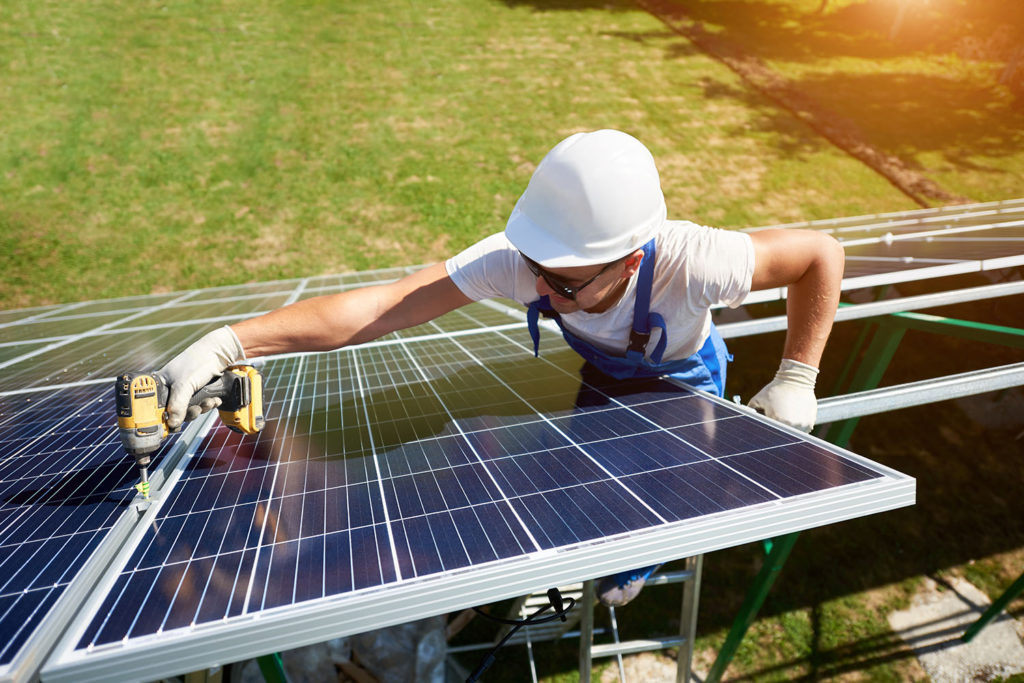 As wind and solar build momentum in the marketplace, WORC groups push legislation that keeps clean energy competitive and fight bills that unfairly hinder it.

Across our region, state legislatures are facing the coming clean energy future – and WORC member groups are making important strides to pass beneficial clean energy policies and stop punitive, regressive bills. Below is a roundup of some of our group’s most significant legislative efforts from the most recent 2019 sessions:

Colorado passed several new climate-friendly bills marking a massive leap forward for the state’s low-carbon, clean energy future. Western Colorado Alliance was especially engaged on two of these bills which may serve as models for other states in our region.

WCA also worked hard to support the successful establishment of both a Just Transition fund and state Just Transition office (HB19-1314). It is considered the most significant state-government acknowledgement that coal is on its way out and that specific communities deserve support as they transition into the post-coal energy economy. WCA and local unions successfully lobbied for language to be included in the bill that addressed the re-employment, training, and wage concerns of coal workers. Part of this included a provision that:

“[Public policy] must ensure that the clean energy economy fulfills a moral commitment to assist the workers and communities that have powered Colorado for generations, as well as the disproportionately impacted communities who have borne the costs of coal power pollution for decades.”

From a clean energy perspective, this is a powerful directive to state and local governments to ensure the clean energy future benefits communities and workers for the long-term.

Colorado also established some of the most aggressive clean energy targets of any western state by codifying Excel Energy’s goal of becoming 100% carbon-free by 2050. Additionally, Tri-State Generation is now subject to PUC rulemaking – a long-needed oversight authority which will hopefully allow other rural electric co-ops to exit agreements with the supplier in order to pursue cheaper renewable energy.

C-PACE GAINS MORE SUPPORT, BUT IS DEFEATED IN MONTANA AND SOUTH DAKOTA

Northern Plains Resource Council and Dakota Rural Action both got strong C-PACE bills introduced in their respective legislative sessions, garnering broad, expanded bipartisan support. These Commercial Property-Assessed Clean Energy (C-PACE) bills would enable commercial and multi-family property to access upfront financing for energy upgrades. In each state, the 2019 bills were much more widely supported than previous PACE bills because our member groups engaged many more local leaders from the banking, government, and business sectors. While both bills were defeated late in the session, much ground was gained on recruiting new supporters and shifting the public narrative of clean and renewable energy.

NPRC trained dozens of Montanans on how to lobby their state legislators, held numerous “Lobby Days,” and held a well-attended clean energy rally on the capitol steps (in a snow storm no less). Around 50 Montanans took action to get C-PACE passed by meeting with their representatives, testifying in bill hearings, or submitting letters to the editor. Northern Plains also activated a large network of members and supporters to call their legislators in support of C-PACE. One capitol receptionist estimated that C-PACE generated the second highest volume of calls during the session, after Medicaid expansion. In a legislature heavily dominated by the Republican Party, the bill passed the Montana Senate by more than 2 to 1, but it was tabled on a tie vote in the House committee

Idaho Organization of Resource Councils Supported House Bill 158, a successful effort to pass legislation that will now outlaw Home Owners Associations (HOA’s) from restricting solar panels on houses within the HOA’s jurisdiction. IORC members visited and contacted their representatives and supported the bill sponsors’ efforts to pass the legislation.

This is an important step forward for Idaho homeowners looking to increase their own energy independence. And this will certainly help as IORC expands its “Solarize Pocatello” program and possibly brings it to other communities around the state.

Unfortunately, legislation that would have raised the net metering cap (HB 231) was defeated. Powder River Basin Resource Council fought hard for this bill and gained significant new public support from their ongoing solar events throughout the state. This bill would have allowed a higher production cap for home and business owners producing renewable energy to enter into agreements with their utilities so that renewable energy systems larger than the current cap of 25 kW could be connected to the grid at the utility’s discretion. However, the topic of net metering was approved for an interim study. Powder River Basin Resource Council is carefully monitoring this interim study to ensure net metering is not rolled back further.

PRBRC also successfully fought for hybrid vehicles ensuring that owners did not have to pay a new $100 electric vehicle fee. PRB and allies argued for an amendment excluding hybrid vehicles from this new fee because they already pay their fair share of Wyoming gas taxes, and there is no reason to be punitive to those who purchase modern and efficient technology.