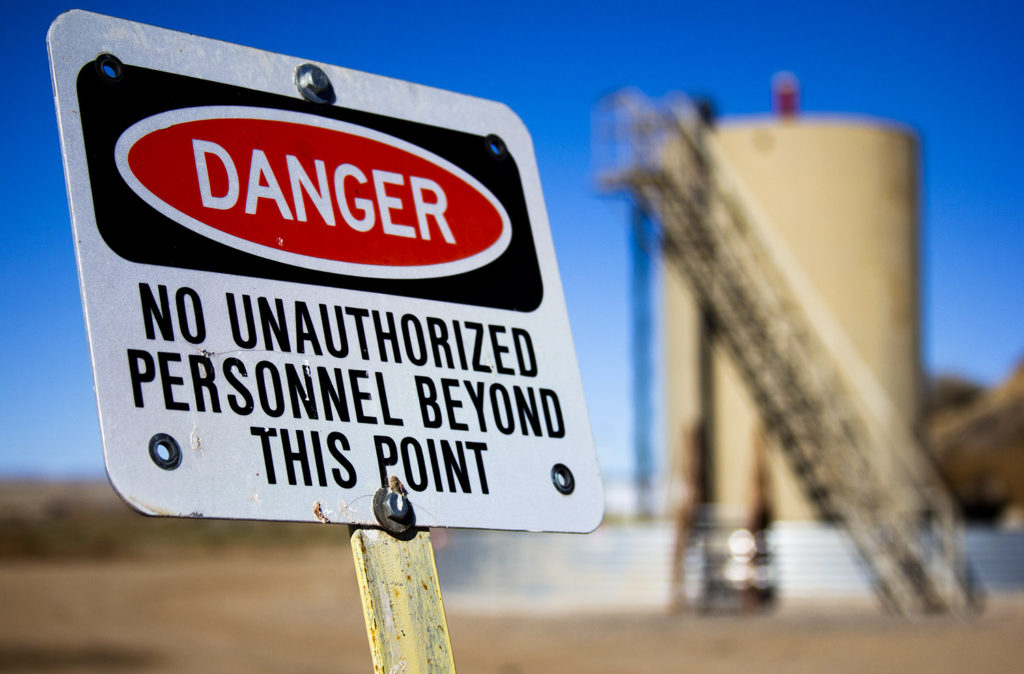 A look back at our top ten 2019 blog features on coal, oil and gas, food and agriculture, and the West.

Philosopher George Santayana famously said, “those who cannot learn from history are doomed to repeat it.” In 2019 we watched as history was made across the west. Coal giant, Cloud Peak Energy, filed for bankruptcy, throwing coal country into uncertainty. This year, legislation introduced in both the house and senate aimed to reform hardrock mining. North Dakota regulators were accused of covering up an oil and gas industry spill larger than the Exxon Valdez. And the repeal of Country of Origin Labeling (COOL) continued to cripple American ranching operations.

It’s the start of a new year and as we’re looking forward, it’s important to see where we’ve been. Here are our most popular blogs of 2019:

Secrecy comes standard in the oil and gas industry. It’s enabled by state and federal policies that allow companies to hide details around hydraulic fracturing. For the residents of Pavillion, the culture of concealment around fracking makes a bad situation much worse. In February, a draft report on fracking-related water contamination has given Wyoming a pass on fixing groundwater polluted by traditional gas drilling.

In July 2015 workers at the Garden Creek I Gas Processing Plant, in Watford City, North Dakota, noticed a leak in a pipeline and reported a spill to the North Dakota Department of Health that remains listed 10 gallons, the size of two bottled water delivery jugs. But a whistle-blower has revealed to DeSmog the incident is actually on par with the 1989 Exxon Valdez oil spill in Alaska, which released roughly 11 million gallons of thick crude.

Hardrock mining on our public lands is still governed by a law that was created when Ulysses S. Grant was president. Under the 1872 Mining Law, the hardrock mining industry can extract gold, silver, copper and other minerals from public land for free, without paying any royalties, unlike the coal, oil, and natural gas industries. The hardrock industry is also elevated in land use status ahead of other uses of public lands, yet is known to be one of the most heavily polluting. The Environmental Protection Agency estimates that roughly 40 percent of western headwatershave been contaminated by acid waste drainage from hardrock mine sites.

As the Coal Market contracts, lives and livelihoods hang in the balance. On Friday, May 10, Cloud Peak Energy filed for bankruptcy protection in Delaware federal court. Unfavorable market pressures have brought low another of the country’s top coal mining companies, and the effects will rock Wyoming and Montana coalfield communities. There was plenty of warning that Cloud Peak was on the brink, with repeated announcements that the company was headed for a major transition, either bankruptcy, a sale of the company’s assets, or an out-of-court restructuring of the company’s $635 million debt.

Northern Plains’ Landmark Study “Doing It Right II: Job Creating Through Colstrip Cleanup” Shows How Many Good-Paying Jobs Will Continue if High-Quality Reclamation is Done on its Coal Ash Ponds

Western Native Voice Community Spotlight focuses on the Montana Legislature and two recently elected urban Native women, Jade Bahr of Billings and Barbara Bessette of Great Falls. Both legislators shared with us some of why they ran for office and what legislation they will focus on during the coming legislative session.

Since the Government closed on Dec. 22nd, 224 oil well applications have been accepted, 22 drilling permits have been approved, and 15 oil and gas leases have been approved by the Bureau of Land Management (BLM) across western states while information and normal methods of public comment have been shut off to the public. While the majority of Federal Government agencies have been reduced to skeleton crews of “excepted” employees responsible for cases of emergency, the Department of the Interior (DOI) has recalled and directed more than 800 agency staff to continue the processing of oil and gas lease applications and sales across the West without pay. While the agencies have no staff that can be reached by the public and their safety and environmental review programs are staffed at the bare-bones level, BLM has approved Applications for Permit to Drill (APDs). They have continued protest periods for lease sales without staff to compile or analyze the comments.

Annika Johnson: The Future of Organizing is The Youth